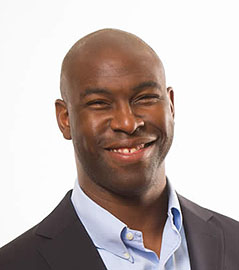 Professor Garrett L. Washington examines the impact of imported Western forms of space, knowledge, and discourse on late 19th and early 20th century Japanese society. He holds a B.A. from Rice University, a Diplome des Etudes Approfondies from the Universite de Paris VIII Saint Denis/Vincennes, and a Ph.D from Purdue University. He has published articles on the social and discursive space of Japanese Protestant churches in Tokyo, Buddhism’s response to Protestant church space in Tokyo, and the role of St. Luke’s Hospital in the rise of public health in Tokyo in Japanese Studies, Crosscurrents: East Asian History and Culture Review E- Journal, and Health and History, respectively. In addition he has published a book chapter on the national imaginary in Japanese Protestant pastoral discourse in David Yoo and Albert Park, eds. Encountering Modernity: Christianity in East Asia and Asian America. His first book project analyzes the role of the physical, discursive and social spaces of Tokyo’s most popular Japanese Protestant churches in movements for social activism and change in the authoritarian context of imperial Japan (1868-1945). Building on this research, he has also begun new research on industrialist, women’s rights activist, and late-life Christian convert Madame Hirooka Asako (1849-1919).  His research has been made possible by the generous support of the Association for Asian Studies, the Andrew W. Mellon Foundation, the Japan Society for the Promotion of Science, and Purdue University, among other sources. Before coming to the University of Massachusetts Amherst, Washington taught at Oberlin College. At UMass, he teaches courses on modern and traditional Japan, Japanese women’s history, Japanese imperialism, US-Japan relations, and the interplay of race, religion and nation in East Asia.