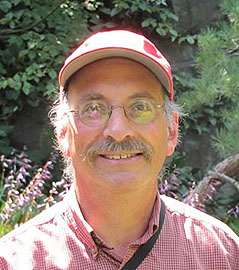 A native of Philadelphia, David Glassberg holds a BA from the University of Chicago (1976) and PhD from The Johns Hopkins University (1982). His research examines the history of popular historical and environmental consciousness in America as represented in politics, culture, and the landscape. Among his publications are American Historical Pageantry: The Uses of Tradition in the Early Twentieth Century (1990), Sense of History: The Place of the Past in American Life (2001), and “Place Memory, and Climate Change” (The Public Historian, August 2014). He is an Affiliated Investigator with the Northeast Climate Science Center, and has collaborated with a number of museums and national parks, including the W.E.B. Du Bois National Historic Site, Statue of Liberty National Monument, Minnesota Historical Society, Boston Children's Museum, Pinelands (N.J.) National Reserve, Marsh-Billings-Rockefeller National Historical Park, Springfield Armory National Historic Site, and Cape Cod National Seashore.

Sense of History: The Place of the Past in American Life. University of Massachusetts Press, 2001.