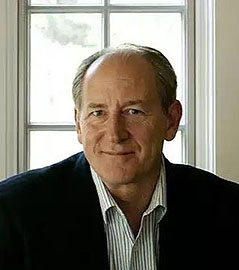 Professor Appy received his BA at Amherst College and his PhD at Harvard University (both in American Studies). He is best known for his books on the Vietnam War: a social history of American combat soldiers; a wide-ranging oral history from multiple perspectives (including accounts of Vietnamese and Americans combatants, policymakers, antiwar activists, journalists, etc.); and a history of the war’s impact on American national identity, culture, and foreign policy from the 1950s through the Obama administration. He is currently working on a book about Daniel Ellsberg based largely on his papers, recently acquired by Special Collections & University Archives at the W.E.B. Du Bois Library. The working title is “Ellsberg’s Mutiny: War and Resistance in the Age of Vietnam, The Pentagon Papers, and Nuclear Terror.”

American Reckoning: The Vietnam War and Our National Identity (Viking, 2015)

Patriots: The Vietnam War Remembered from All Sides (Viking, 2003).

“The Vietnam War, a documentary,” Seven-part, thirty-five page review of the film by Ken Burns/Lynn Novick, Process, blog site of the Organization of American Historians, 2017.

“Class Wars: The American Military in Vietnam and Iraq,” in Marilyn Young and Lloyd Gardner, eds., Iraq and the Lessons of Vietnam (The New Press, 2007)

“The Nuclear Age” - Undergraduate seminar on the impact of nuclear weapons on US culture, politics, and foreign policy

“Truth, Dissent, and the Life of Daniel Ellsberg” - Year-long undergraduate and graduate seminar

“Imperial America: The US and the World from 1846 to the Present” - Taught as a graduate seminar and undergraduate General Education course.