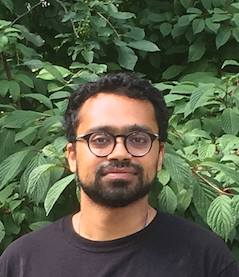 Asheesh Kapur Siddique is an assistant professor in the Department of History at UMass Amherst. He is a historian of early America, early modern Europe, and the British empire whose research and pedagogy explores the role of collecting, managing, and using knowledge to the history of state formation and governance.

Professor Siddique is completing a book, tentatively entitled Rule Through Paper: Archive and Language in the Governance of the British Empire, which explores the relationship between archival and linguistic knowledge as tools of governance in the British empire in both the Atlantic and Indian Ocean worlds in the seventeenth and eighteenth centuries. The book compares how imperial bureaucrats deployed these different tools in the British Atlantic world and in British Asia; and explains why archives gradually came to be seen as repositories of ‘historical’ knowledge rather than resources for ‘administration.' Other ongoing projects examine the history of 'early American' history writing; the concept of textual 'intention' in legal and political thought; and the intertwined histories of financial capitalism and American higher education.

Professor Siddique was trained at Columbia University (PhD, 2016), the University of Oxford (MPhil, 2009), and Princeton University (AB, 2007). From 2016-2018, he was a Provost’s Postdoctoral Fellow in the Society of Fellows in the Humanities at the University of Southern California. From 2018-2019, he was a Visiting Postdoctoral Fellow at the Center for Humanities & Information at Penn State University. His research has been supported by institutions such as the American Philosophical Society, the Huntington Library, the Omohundro Institute of Early American History & Culture, and the Social Science Research Council. His 2020 article in the William & Mary Quarterly on archival knowledge and the development of political economy was awarded the Society for U.S. Intellectual History's 2020 Dorothy Ross Article Prize for "best article in U.S. intellectual history" by "an emerging scholar." He has also written for public facing outlets such as The Daily Beast, Inside Higher Ed, and Teen Vogue. During the 2021-2022 academic year, he will be on leave while holding an Andrew W. Mellon Fellowship for Assistant Professors in the School of Historical Studies at the Institute for Advanced Study.

"Governance Through Documents: The Board of Trade, Its Archive, and the Imperial Constitution of the Eighteenth Century British Atlantic,” Journal of British Studies 59.2 (April 2020), 264-290.

Undergraduate Courses:
American Thought & Culture, I: 1630-1865
The Craft of History
Early America in an Age of Revolution
The Corporation in History