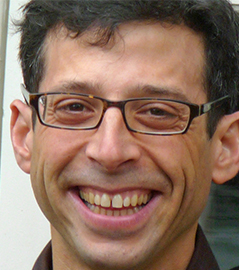 Andrew Donson, Associate Professor, holds a BA in Philosophy from Cornell University (1991) and an MA and a PhD in History from the University of Michigan Ann Arbor (1996, 2000).  He specializes in nineteenth- and twentieth-century German history.  His book manuscript Youth in the Fatherless Land:  War Pedagogy, Nationalism, and Authority in Germany, 1914-1918 (Harvard University Press, 2010) won the Fraenkel Prize in Contemporary History.  Right now he is finishing a social and cultural history of the November Revolution in Germany, 1918-1919.  Among its topics are hunger, farming, laziness, dancing, gambling, pornography, crime, disability, religion, and rich people who became poor. He has a joint appointment in the department of history. For more, see his personal website