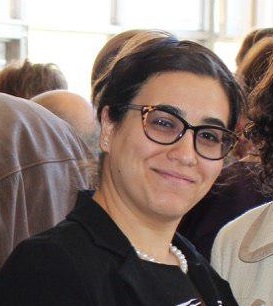 I was born and raised in Queens, New York City. I earned my Bachelor's degree in Political Science and Women Studies from Brooklyn College of the City University of New York.
I became interested in archives as an undergraduate student at Brooklyn College after visiting the Lesbian Herstory Archives, a community archive dedicated to documenting lesbian life. I began working at the Lesbian Herstory Archives as an archivist, processing collections, staffing the archive, giving tours, and assisting researchers and visitors. It was at the Lesbian Herstory archives I developed an interest in blending history and activism.
After I completed my undergraduate degree, I continued to work blending my interested in history and activism. I was the Director of Generation Q (GQ), a drop-in center for Lesbian, Gay, Bisexual, and Transgender teens. At GQ I created programming for LGBTQ youth, that including teaching them about history of social movements. I was interested in working with young people to think about how historical actors made social change possible and how young people could make social change possible today.
I also worked as the Project Manager of the Shirley Chisholm Project, an archive and oral history project dedicated to her 1972 Presidential Campaign and Brooklyn Politics. As the Project Manager worked on a number of different task, including designing website and planning the annual Shirley Chisholm Day celebration, which celebrated her legacy.