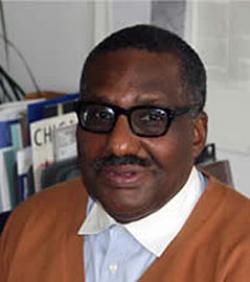 Professor John Higginson's most recent book, Collective Violence and the Agrarian Origins of South African Apartheid, 1900-1948,  was published by Cambridge University Press in November of 2014. Other publications include articles in African Economic History, International Journal of African Historical Studies, and the Revue canadienne des études africaines. A monograph entitled A Working Class in the Making: The Union Miniere du Haut-Katanga and the African Mineworkers, 1907-1949 was published by University of Wisconsin Press in 1989. His article "Liberating the Captives: Watchtower as an Avatar of Colonial Revolt in Southern Africa and Katanga Province, Belgian Congo, 1907-1941," was published in The Journal of Social History. His "Shaping the Mirror of Sovereignty: the Quest for a Democratic society in the American South and South Africa, 1844-1902" appeared in M.N. Matselela's South African and the United States: The Protracted Encounter (New York: Verso Press, 1997). Higginson's "Upending The Century of Wrong: Agrarian Elites, Collective Violence, and the Transformation of State Power in the American South and South Africa, 1865-1914," was published by Social Identities (Volume 4, Number 3) in 1998. His "Le Pari Congolais: Whose Congo? Whose Gamble" appeared in the Belgian Historical Journal, Brood En Rozen (1999/2). The Journal of Social History published his "Hell in Small Places: Agrarian Elites and Collective Violence in South Africa's Western Transvaal, 1900-1907" in 2001. In 1993-94, he was the recipient of the Research and Writing Fellowship from the MacArthur Foundation. At present he is working on a book entitled The Hidden Cost of Industrialization: State Violence and the Economic Transformation of Southern Africa, 1900-1980.

The Hidden Cost of Industrialization: State Violence and the Economic Transformation of Southern Africa, 1900-1980 (forthcoming).