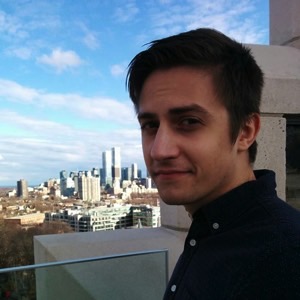 Arriving at UMass from the east coast of Canada, I am a student of modern U.S. history, and the relationship between history and memory with a focus on the American War in Vietnam and the myriad ways it has been commemorated since the 1970s. My current research looks at the transnational relationships between American and Canadian veterans of the Vietnam War and the commemorative and support networks they established.

I earned my B.A. and M.A. in history from Saint Mary’s University in Halifax, Nova Scotia, where I completed theses on the political use of the “Vietnam Syndrome,” and the spatiality of travelling replicas of the Vietnam Veterans Memorial.

My interests also include: historical geography, public history, and uses of material culture in state and transnational commemoration.

In 2016 I worked with the Nova Scotia Division of Parks Canada on the research and development of a commemorative project honoring members of the No.2 Construction Battalion of the Canadian Expeditionary Force who had served during the First World War. These and other commemorative posters can be viewed on the Halifax Citadel National Historic Site webpage.