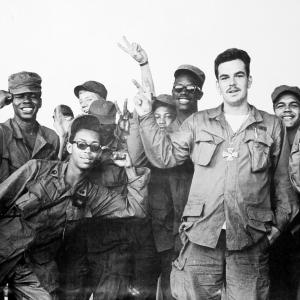 “Waging Peace in Vietnam,” an exhibit documenting the antiwar dissent of active duty military personnel and veterans during the Vietnam War, will be on display at the University of Massachusetts, Amherst from September 23 through October 11 in the main lobby of the Integrative Learning Center.

Assembled by Ron Carver, the exhibit features photographs, underground newspapers, and other documents from this bold and little-known movement.

In conjunction with “Waging Peace in Vietnam,” there will be two panel discussions and two film screenings. Following is the schedule of special events:

Undergraduate students, trained by the history department, will serve as docents for the exhibit.