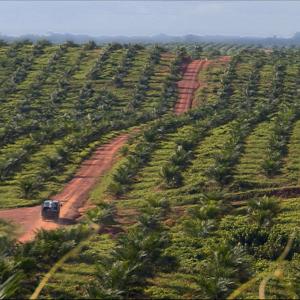 Viral Exchanges: Hotspots, Spillovers, and the Reordering of Life

The word “hotspot” can mean a place where fires flare, where novel viruses appear, where human rage erupts. In the turbulence of ecological, public health, and political crises, hotspots portend disaster and death. Too often hotspots and the menaces they pose are only made visible, only made objects of concern, when they threaten lives most valued in the brutal structures of capitalism and white supremacy that have gone hand in hand for more than four hundred years. Drawing upon work in Liberia, this talk interrogates the ecological, economic, political and social forces at play that have simultaneously turned certain regions into profitable sites of natural resource extraction, productive enclaves of biomedical research, and hot zones of pandemic threats.

Gregg Mitman is the Vilas Research and William Coleman Professor of History, Medical History, and Environmental Studies at the University of Wisconsin-Madison. He is an award-winning author, filmmaker, and teacher whose interests span the history of science, medicine, and the environment in the United States and the world.  A past president of the American Society for Environmental History, he is the recipient of fellowships from the Alexander Von Humboldt Foundation, the Carnegie Corporation of New York, and the John S. Guggenheim Memorial Foundation, among others. His books and co-edited volumes include Future Remains: A Cabinet of Curiosities for the Anthropocene(University of Chicago Press, 2018), Breathing Space: How Allergies Shape our Lives and Landscapes (Yale University Press, 2007), and Reel Nature: America’s Romance with Wildlife on Film, rev. ed. (University of Washington Press, 2009).  He co-produced and co-directed two films, In the Shadow of Ebola, an intimate portrait of the Ebola outbreak in Liberia, and The Land Beneath Our Feet, a documentary on history, memory, and land rights in Liberia. His most recent book, Empire of Rubber: Firestone’s Scramble for Land and Power in Liberia, will be published by The New Press.

John Higginson (moderator) is Professor Emeritus of History at the University of Massachusetts Amherst in Amherst, Massachusetts.  He is also a Research Fellow in the College of Human Sciences and the Department of History at the University of South Africa (UNISA) in Pretoria, South Africa.  He is the author of A Working Class in the Making: Belgian Colonial Labor Policy, Private Enterprise and the African Mineworker, 1907-1951 (Madison, Wisconsin: University of Wisconsin Press, 1989).  Cambridge University Press published his monograph Collective Violence and the Agrarian Origins of South African Apartheid, 1900-1948 (New York and London: Cambridge University Press, 2015 and 2017).He has written numerous articles and book chapters on South Africa and the regional economic system of southern Africa.  Just recently he contributed to a special edition of the Journal of African History on the impact of E. P. Thompson’s work on African historians.  Presently, he is at work on a book that is tentatively titled “The Hidden Costs of Industrialization:  Southern Africa and the Global Economy, 1860-2007.  He is also working on a joint research project with Joye Bowman that is tentatively titled “Engineering Empire: The South African Odyssey of American Mining Engineers, 1893-1976.

Events will be live and recorded on the Feinberg Series website, with a livestream on Facebook and YouTube.Spanish interpretation and closed captioning will be available.

Organized by the UMass / Five College Graduate Program in History, the Department's Writer-in-Residence Program facilitates sustained conversation with widely-read authors whose historical work engages broad public audiences. Each year, with major funding from Five Colleges, Inc., the department brings a writer of national prominence to campus for a week-long residency in order to give focused attention in our graduate training to writing for a range of audiences and in a variety of venues well beyond the monograph or scholarly article.

The 2020-2021 Feinberg Series ~ Planet on a Precipice: Histories and Futures of the Environmental Emergency

The UMass Amherst history department's 2020-2021 Feinberg Series is exploring the climate and environmental emergency in historical perspective. Free online events address the historical origins of ecological destruction and mass extinction; the implications of these phenomena for human and nonhuman survival and ways of life; the role of human politics; the connections between the environmental emergency and histories of capitalism, colonialism, genocide, and white supremacy; human entanglements with the nonhuman world; and the past, present, and future of resistance movements. The series seeks to deepen our understandings of this singularly important set of problems through historical analysis and, in doing so, to envision constructive paths forward. The Feinberg Family Distinguished Lecture Series is made possible thanks to the generosity of UMass Amherst history department alumnus Kenneth R. Feinberg ’67 and associates. The series is co-sponsored by more than 3 dozen community and university partners. Visit the Feinberg Series webpage for more information about the series.