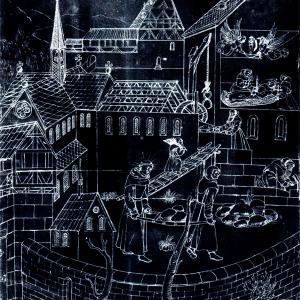 The UMass/Five College Graduate Program in History invites you to our 2018-2019 Annual Distinguished Lecture:

Free and Open to the Public

Abstract: The late twelfth-century story of brother Joseph portrays a youth whose monastic brothers read him as male while he lived but assigned him female at death. The author of this tale sought to constrain its gender fluidity and control the behavior of the nuns to whom he sent it. Despite the author's efforts to assert normative categories of gender, his story unsettled conventional binaries. It illuminates the possibility of non-binary genders within medieval monastic culture.

Martha G. Newman is an Associate Professor of History and Religious Studies at the University of Texas at Austin.