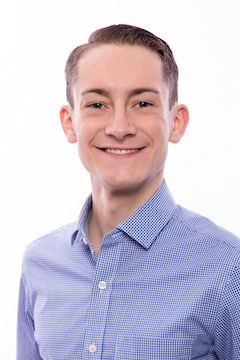 Devon is a master’s student studying cultural landscapes and historic preservation policy. His primary area of research is the study of cultural and natural landscapes, specifically the histories of their development, preservation, and changing ways in which they have been managed, used, and considered by different actors. Previous research experience has included a fellowship with the Newport Historical Society during which Devon produced an essay published in the Society’s journal investigating the urban renewal projects which produced America’s Cup Avenue and Newport’s modern, historical downtown. His senior thesis “Preserving History, Reviving Cities: The Heritage State Parks of Massachusetts,” surveyed the Heritage State Parks, a system of parks established by Massachusetts in the late 1970s and 1980s in an attempt to revitalize post-industrial communities across the Commonwealth.

This Fall, Devon will begin his master’s thesis investigating the Crane Reservation in Ipswich, MA. with the aim of uncovering how the Trustees of Reservations’ management of the site over its 75-year history affected the local environment, as well as area communities. Using this history, Devon’s thesis will seek to understand how past treatment of this landscape can better inform current and future efforts to protect it from the effects of climate change.

Prior to entering the graduate program at UMass, Devon worked as an Architectural Historian at McGinley, Kalsow, and Associates, Inc., a preservation architecture firm located outside Boston.