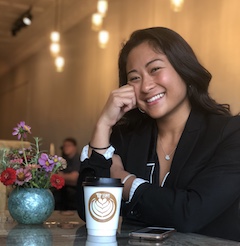 ​Cai Barias is a PhD student studying women’s history in the Philippines during the 20th century. Some topics of interest include women’s resistance to American occupation, women’s movements post-independence, and transnational feminism especially between the United States and the Philippines.