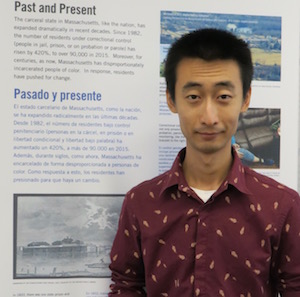 I study modern Chinese history of the 20th century, specially focusing on socialist China. Labor issues in socialist China fascinate a lot. I'm working with Sigrid Schmalzer, a brilliant historian on science and technology and an expert on modern Chinese history. I did my master degree in the University of Chicago, the very place where I was baptized by a historian. Before that I was a master student of sociology in China and spent most of my academic life doing anthropological researches on female labor (including reproductive labor) and memories.
My research is about worker strike and rebellion in socialist China, especially the cultural revolution period. However rhetorically extolled, Chinese workers' living condition in socialist China was no better that in the capitalist world, and it would be amazing to realize that strikes in Maoist China were not as frequent as their capitalist counterpart. If strikes were rear in socialist China, why? If they are not, how! How did they organize themselves? Did workers in socialist China have class consciousness? How did they realize their position of being exploited? Exploited by whom? How should we understand workers' experiences in those years when their voices were oversimplified by political rhetoric and overlooked due to their less expressiveness?