In Treatment: Psychiatry and the Archives of Modern Sexuality

This talk explored the encounter of sexual- and gender-variant people with psychiatry and psychoanalysis in the mid-20th-century U.S. and examined the role of psychiatric scrutiny and stigma in the making of modern sexuality.  Focusing on the archive of St. Elizabeths Hospital, the federal hospital for the mentally ill in Washington, DC, Kunzel reflected on its meaning and challenges to queer history.

Regina Kunzel is the Larned Professor of History and Women’s, Gender, and Sexuality Studies at Yale University. Kunzel’s research focuses on histories of gender and sexuality, carcerality, and on the twined histories of sexual deviance and normalcy. Kunzel’s publications include Criminal Intimacy: Prison and the Uneven History of Modern American Sexuality (University of Chicago Press, 2008), Fallen Women, Problem Girls: Unmarried Mothers and the Professionalization of Social Work, 1890 to 1945 (Yale University Press, 1993), and articles on queer history, transgender studies, disability studies, the history of prison sexual culture, single pregnancy, and gender and professionalization. Kunzel’s current project explores the encounter of LGBT/queer people with psychiatry in the twentieth-century United States.

There are several bus stops nearby. More information: bus schedule, campus map with Flavin and nearby parking indicated.

The Department of History’s Distinguished Annual Lecture celebrates the 1996 establishment of the UMass/Five College Graduate Program in History. Combining the faculty and resources of the University of Massachusetts Amherst with those of four of the nation’s leading liberal arts colleges -- Amherst, Hampshire, Mount Holyoke and Smith Colleges -- this collaboration provides graduate students with an extraordinary depth of intellectual resources. Offered every academic year for more than 20 years, the program’s signature annual lecture has been delivered by some of the nation’s foremost historians.

2017-2018 | Scott Bruce, The Dark Age of Herodotus: Shards of a Fugitive History in Medieval Europe

2016-2017 | Talitha LeFlouria, Chained in Silence: A History of Black Women and Convict Labor in the New South

2014-2015 | Tom Foster, Sex and the Founding Fathers: The American Quest for a Relatable Past 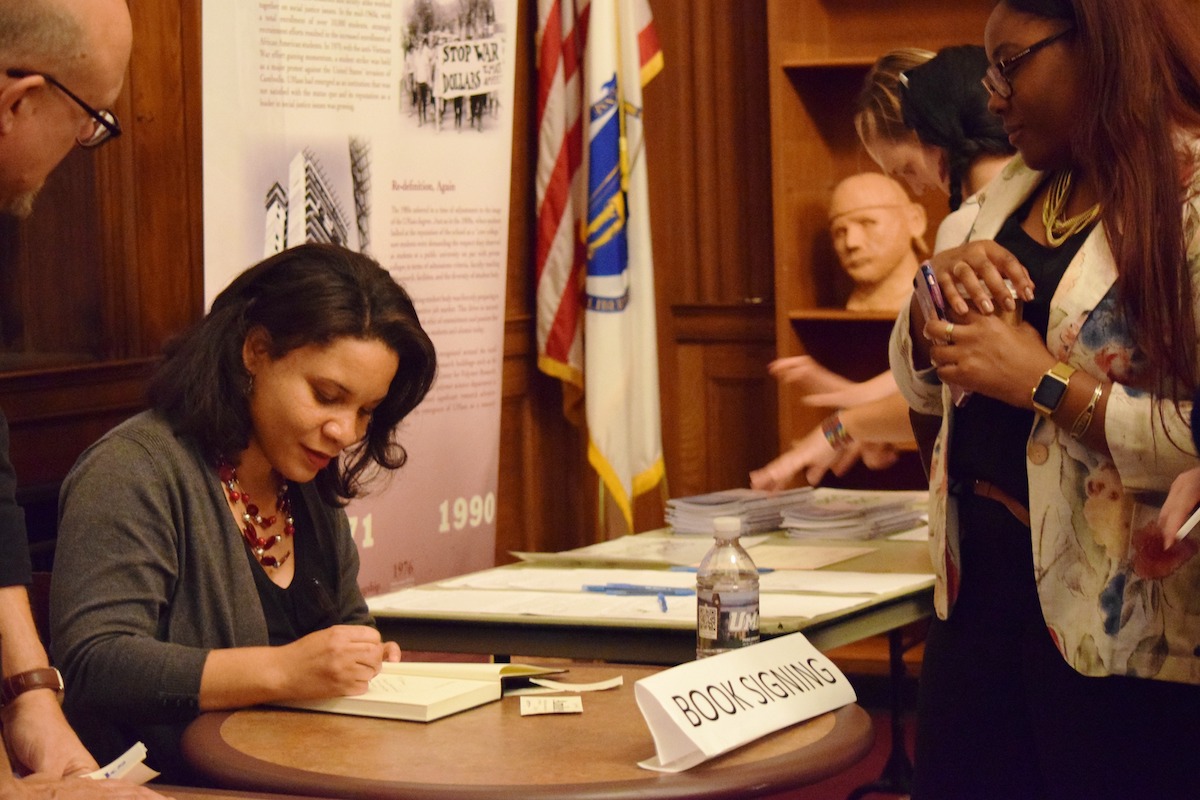