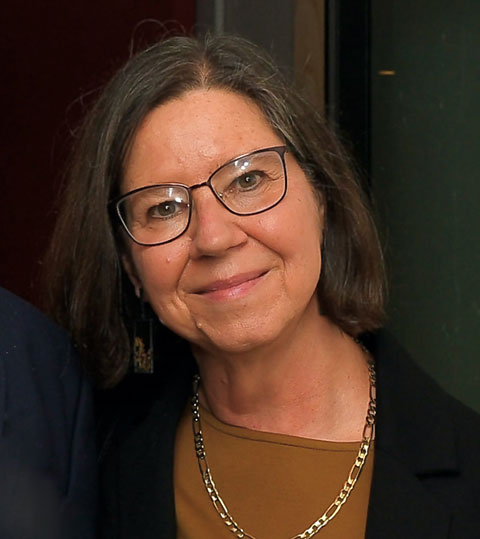 Julie Candler Hayes is Professor of French. She specializes in literary and cultural studies of the French Enlightenment, historical translation studies, and contemporary literary theory. After teaching and serving as department chair at the University of Richmond, she arrived at UMass in 2006 as chair of the recently formed Department of Languages, Literatures and Cultures. She went on to serve as Dean of the College of Humanities and Fine Arts from 2010 to 2020. Currently on research leave, she is completing a book on seventeenth- and eighteenth-century French women philosophers.

In addition to her administrative service at UMass, Hayes has served her discipline, advocating for foreign language study and the humanities in general, promoting opportunities for women’s leadership, and mentoring students and junior scholars. She has held leadership roles in the Modern Language Association, the Association of Departments of Foreign Languages, and the American Society for 18th-Century Studies, which she served as President in 2012-13.

Most recently, she edited and translated the Selected Philosophical, Scientific, and Autobiographical Writings of Geneviève Thiroux d’Arconville (2018). She has co-edited volumes on Emilie Du Châtelet (2006) as well as on Diderot and the Encyclopédie (2002); she has published over forty articles and book chapters.

Hayes has been the recipient of research fellowships from the National Endowment for the Humanities and the National Humanities Center. In recognition of her work on behalf of French Studies, she was named a Chevalier dans l’Ordre des Palmes Académiques by the French government in 2010.