Ingalena Klenell was born in 1949 and grew up in Kristinehamn. She began the artist’s path by immersing herself in weaving 3 nights per week when she was in upper-secondary school. Her interest in ceramics developed early on, after meeting ceramist Kenneth Williamsson and falling in love with his boldly hued ceramics painted with oil paint and which were quite radical in the 1960s.

BIOGRAPHY
She moved to Gothenburg where she met other artists and attended evening classes at the art school KV Konstskola, with a focus on ceramics At the same time, she studied behavioral sciences and sociology at the university. Further learning through studies of various themes has been a road to inspiration for different figurations, serving as an important part of her artistic process.

Already in the 1970s, the future ceramist was introduced to glass art and design, and she spent a term at the glass school in Orrefors. Encountering this environment shifted her focus to a new material: glass. She and her husband Ragnar and five-year-old son Matti moved to Småland for a longer glassblowing program.

Ingalena now lives and works in Edsbjörke outside Sunne and has been an active artist since the mid-1970s, with her own studio since 1979 that she shares with her husband. The family expanded with 3 more sons, who essentially grew up in the studio. Ingalena has participated in many group and solo exhibitions in Sweden and internationally, including at the Museum of Glass in Tacoma, Washington, USA, House of Sweden in Washington, DC, and at the Figge Art Museum in Davenport, Iowa.

Her latest major projects include Forest of Säffle in a beautiful water tower designed by Ivar Tengbom and built in 1914, Walk the Line at the Dunker Culture House in Helsingborg and Scandinavian Glass at Glass Factory Boda and the Finnish Glass Museum in Riihimäki, Finland. She has also completed public art commissions for several public institutions. Her work is currently on display at Värmlands Museum’s recently opened library, designed by Åke Axelsson. Her work gives shape to stories of places, people and history, where the relationship to the majesty of nature is a present party. 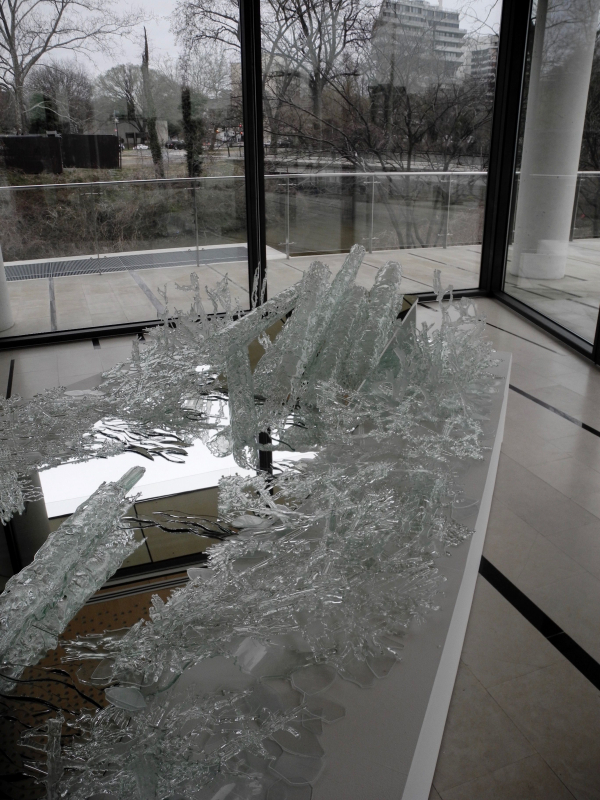