Well-known for his fantastically large sculptures, George Kennard appreciates the limitless opportunities of manipulating molten glass. He prefers to create massive incalmo works by joining two blown glass bubbles to make different bands of color, and has worked with teams of up to 10 glassblowers to create some of his most notable large-scale works. “As a glass artist, I enjoy making large-scale pieces because it's a challenge and you really need to rely on a team for the effort,” said Kennard. Some of his works include a life-sized snow family and the world’s largest glass pumpkin.

After spending eight years working in private studios, Kennard began his tenure at the Museum in 2001 as an instructor in The Studio, teaching beginning and intermediate classes in glassblowing. His role at the Museum expanded to being part of the Hot Glass Team, where he assists glassmaking demonstrations both onsite and abroad through the Mobile Hot Shop.

Having blown glass since 1990, Kennard values the Museum’s extensive resources to further his adventures in glassmaking: “The Museum is a great source of inspiration with the vast collection it has and the resources at the Studio. 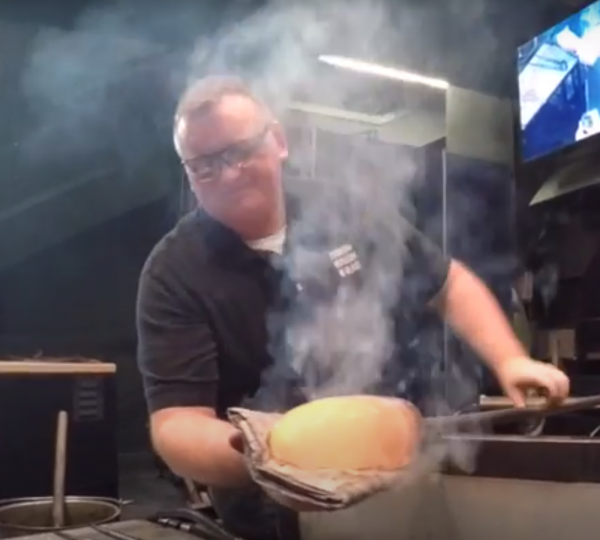 George Kennard in still from Dragon 2300º. Viewable from the Video page or https://www.youtube.com/watch?v=f2IuJWpM1e0