What is there a material object that represents spirituality?

“The Mirror of Faith” is an art installation that presents an actual physical embodiment of human spirituality, questioning the possibility of this very idea from scientific, religious and artistic point of view.

Spirituality is “embodied” in a genetically modified yeast culture, which carries the so called God Gene, named by the American biologist Dr. Dean Hamer.  In his book, The God Gene, 2004 Hamer claims certain brain chemicals affect self-transcendence. The actions of these chemicals are linked to a gene called VMAT2 and its specific mutation in Intron 7 upstream of the VMAT2 gene coding sequence.

Mutated VMAT2 has been isolated from a volunteer and used to genetically modify yeast cells. This Transcendental GMO Yeast, is contained in a petri-dish placed in a glass reliquary, a pseudo-sacred object, covered by a transparent cube. The cube functions as a variation of a scientific glove box, where the audience can reach the reliquary through especially designed glove fingers. These fingers are a reminiscence of St. Thomas’ desire to touch Christ’s wound to believe the miracle of the resurrection.

This object presents juxtaposition of material and immaterial, which reflects the eternal juxtaposition of nature and nurture, but also addresses the very current and controversial idea of genetic design.

Our initial attention was caught by the media representation of Dr. Hammer’s research and the controversies it contained. To reflect the central issue of embodiment and the harsh juxtaposition within nature/nurture argument, presented in media, we decided to create a literal illustration of these controversies. We decided to produce a genetically modified Transcendental Yeast. We thought  that by genetically modifying a basic organism in life, with the god gene we could create the perfect juxtaposition to spotlight the controversies and ignite discussion and critical thought once again. Involvement with this “absurd scenario” is a re-thinking of the notion of “genetically predisposed faith,” but also “faith” or “belief” in the media representation of science and religion. 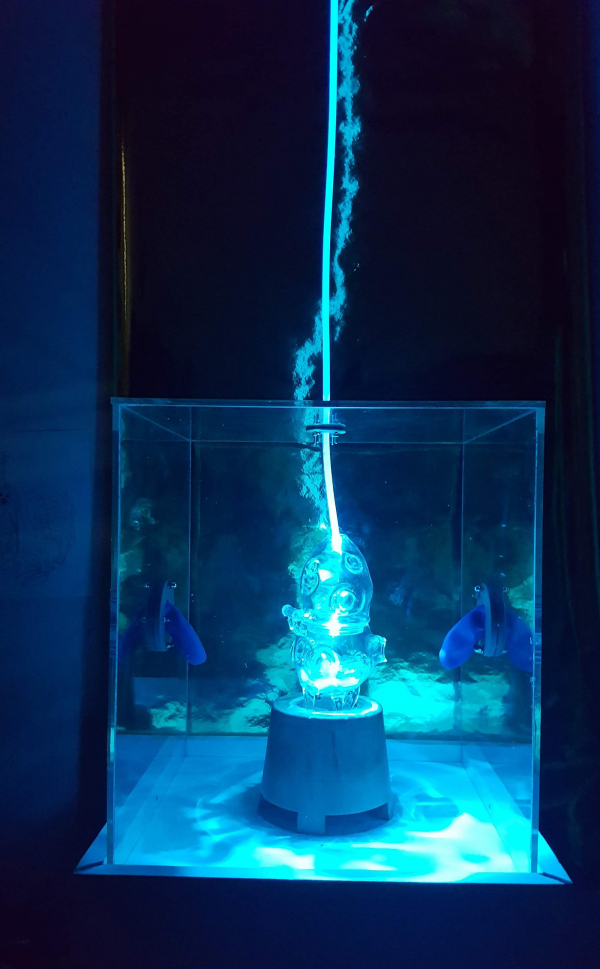