The University of Massachusetts Amherst
Academicsx

The Interdepartmental Program in Film Studies  is happy to sponsor the Visiting Professors Series «Filmmaking in the 21st Century». The program regularly hosts award-winning international filmmakers and film scholars who offer classes in screenwriting, directing, cinematography, and other key areas of filmmaking. Students have an unique opportunity to gain hands-on experience and enrich their portfolios. Enrollment priority is give to BDIC/Film majors and  Film Certificate students 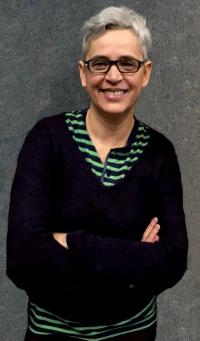 Patricia Montoya draws on her Colombian American bi-national identity, queer, US/Mexico border, and East-West North American experience to tackle the existential conditions and cultural contradictions experienced by immigrants from Latin America who are living in the United States.  Her videos address issues of migration, memory, and identity through lyrical explorations of text, dialogue, and theatrical adaptations.

Film-St 397Q   Production Sketchbook
Video, still images and sound are used in this course to explore the fundamental character of storytelling, filmmaking and time-based art practices. Students perform all aspects of production with particular attention to developing ideas and building analytical, critical and production skills. We will read seminal written work and interviews with practicing artists in order to expand our knowledge, understanding and love for the medium. Through exercises that include weekly projects students will produce sketches aimed at exploring video as an experimentation tool. There will be special emphasis paid to sound design that includes original music, and ambient sound gathered with separate sound recorder. The class will review students the basic theoretical tools to critique their own productions and develop an understanding of the possibilities that medium offers. Final project presentations due in class during Finals Week 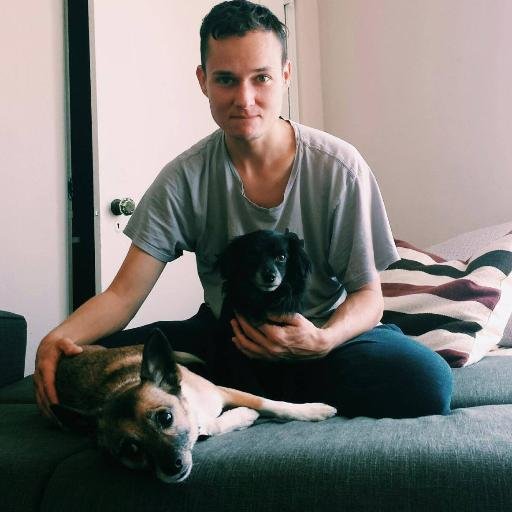 Specialization: Screenwriting and video production with an emphasis on narrative and experimental genres. Elliot Montague's films explore the nuances of trans and queer narratives through engagement with familial relationships, spirits, and rural landscapes. His work has contributed significantly to the current wave of "New Trans Cinema." Over the past two decades, Montague's films have received international recognition at dozens of festivals and museums, including the Media Arts Festival in Osnabruck, Germany, the Tribeca Film Festival, the Anthology Film Archives in New York, and the Dashanzi Arts Festival in Beijing, among others. Montague is a twice recipient of the prestigious Princess Grace Award from the Princess Grace Foundation and his films are partially distributed through Women Make Movies and Video Data Bank.
Montague's recent film, Light on a Path, Follow, (executive producer Patresse Cullors) tells the story of a Latinx transmasculine pregnant person who is guided by a birthworker spirit in 1990s rural Massachusetts (Pucumtuck and Nipmuck territories). This work was presented as part of the Trans*Revolutions Virtual Symposium, hosted by Barnard Center for Research on Women. This virtural symposium featured artist-activists whose work is inspired by and engaged in imagining trans* and genderqueer histories, performances, identities, and aesthetics.