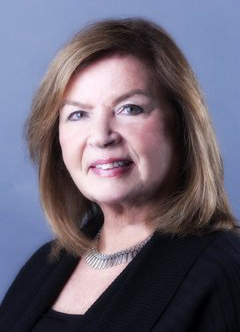 Catherine Portuges is founding director of the Interdepartmental Program in Film Studies and founding curator of the Massachusetts Multicultural Film Festival, University of Massachusetts Amherst, and professor emerita, Program in Comparative Literature/Department of Languages, Literatures and Cultures. She is a frequent lecturer at international conferences, an invited programmer, curator, juror and consultant for film festivals and colloquia, and a delegate to international film festivals. Her books include Cinemas in Transition in Central and Eastern Europe after 1989 (Temple, 2013); Gendered Subjects (Routledge, 2012); and Screen Memories: the Hungarian Cinema of Márta Mészáros (Indiana, 1993). Her essays have appeared in Cinematic Homecomings: Exile and Return in Transnational Cinema; Cinema, State Socialism and Society in the Soviet Union and Eastern Europe, 1917-1989: Re-Visions; Bringing the Dark Past to Light: the Reception of the Holocaust in Postcommunist Europe; Projected Shadows: Psychoanalytic Reflections on the Representation of Loss in European Cinema, and A Companion to Eastern European Cinemas. Prof. Portuges serves on the editorial board of Studies in Eastern European Cinema (UK), Jewish Film and New Media, and Hungarian Cultural Studies; she is associate editor for film for American Imago. She is a member of the Academic Advisory Board, Institute for Holocaust, Genocide and Memory Studies, and Film Consultant for Eastern Europe, European Psychoanalytic Film Festival (UK). She was awarded a National Endowment for the Humanities Fellowship for "The Subjective Lens," the Pro Cultura Hungarica Medal from the Republic of Hungary for her contributions to Hungarian Cinema, and the Chancellor's Medal for Distinguished Teaching.