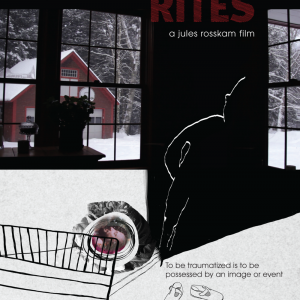 A highly personal, first-person essay film about trauma and memory and the secret underbelly of a contemporary family grappling with the aftereffects of abuse.  Retracing the route of a road trip taken by Rosskam’s parents in 1974, the film transports its audience into this family history through audio recordings, family photos, Super 8 footage, and colorful animation to explore queer, transgender, and Jewish subjectivities and engage the power of film and filmmaking in the process of healing.

The director, Jules Rosskam, will be present for discussion.

The screening will begin at 7:30PM on Wednesday, March 20th in the Isenberg Flavin Family Auditorium (SOM 137). 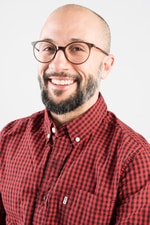 Jules Rosskam is a filmmaker, artist, and educator. Rosskam has worked as an editor and producer at various broadcasting companies, and acted as Executive Producer at the non-profit media arts organization Dyke TV, which produced media content for queer audiences. Much of Rosskam's work is personal in nature, and focuses upon themes of queerness and identity.