The Rudd Adoption Research Program, one of CRF's long-standing and most vital partners, is a center of excellence within the UMass Amherst department of psychological and brain sciences. CRF and the Rudd Adoption program share many resources and a common home on the sixth floor of Tobin Hall. Dr. Harold Grotevant is the Rudd Family Foundation Endowed Chair in the psychology department. In this capacity, Dr. Grotevant leads the Rudd Adoption Research Program and guides collaborative efforts between the two research centers.

The goal of the Rudd Adoption Research Program is to establish UMass Amherst as the leader in state-of-the-art research on the psychology of adoption through conferences, workshops, graduate and postdoctoral training opportunities, and stimulation of research activities. Similar to CRF's multidisciplinary approach and its mission to mentor the next generation of researchers, the Rudd Adoption program strives to develop synergy among scientists from different academic contexts who share interests in the many topics relevant to adoption. Program activities provide evidence-based practice in adoption and research-based information to influence policy at agency, state, federal, and international levels. 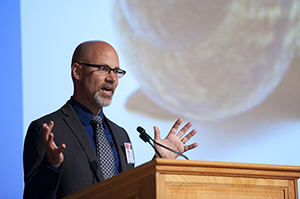 The Rudd Adoption Research Program, in collaboration with the Center for Research on Families, holds an annual conference to illuminate new perspectives on adoption. The conference includes panel presentations by international scholars and is attended by professionals in the human services fields, students, social science researchers, other practitioners and community members.