For the past five years, the Center for Research on Families has supported undergraduate research opportunities through the Student Awards Program in Family Research.  Each year, talented students are selected from a highly competitive pool, all seeking the chance to conduct research with a premier UMass family research scholar.  The Center for Research on Families is committed to supporting the next generation of family researchers through this transformative research experience and also assisting students with the costs of their education.

Since 2010, twelve undergraduates have had this honor. We recently reconnected with some of the former award recipients to learn about how their CRF funded research experience influenced their career ambitions after graduation. The responses were inspiring and poignant, underscoring the crucial importance of the Student Awards Program for preparing the next generation of family researchers and making education affordable. These students continue to work in the field, and you will hear that their experiences not only changed them but continue to benefit families through their continued good work.

“I truly believe that my research assistantship as a CRF funded student, coupled with my clinical experience, shaped who I am today, both personally and professionally.”

As a UMass Amherst junior studying Speech Pathology, Cheryl Feinstein received the 2010 CRF undergraduate student research award and spent a year working with Professor Jacquie Kurland, Associate Professor in Communication Disorders and an expert in aphasia in older adults.  Cheryl worked with her mentor on issues surrounding communication issues within the elderly community. After graduating with a B.A. in Communication Disorders she went on to earn a M.A. in Speech Pathology from the University of Rhode Island. Cheryl is now a certified speech pathologist working with children with communication challenges resulting from a variety of disorders like autism, articulation deficits, or genetic syndromes.

Cheryl’s research experience with Dr. Kurland as a CRF funded student had an immense impact now on how she conducts her work with children. ”Throughout my graduate and professional work I have always carried the importance of ‘family centered’ practice. The family is the ‘root’ of my approach.” When working with her clients, Cheryl considers the family unit as a factor when conducting evaluations, determining treatment objectives, and reporting on data. She attributes her family and community centered focus to her experience as a CRF research student. 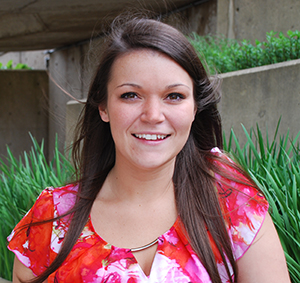 “I will never forget CRF and the amazing staff there.  I think CRF is one of the strongest organizations at UMass. It truly paves the way for many students to succeed.”

Chantal Newkirk received the CRF undergraduate research award in 2013 during her senior year as a Sociology and Women and Genders Studies student. Through this CRF assistantship, Chantal worked with Michelle Budig, Professor of Sociology, renowned for her research on working families.  Under her guidance, Chantal analyzed how women’s family responsibilities affect and are affected by, paid work and entrepreneurship. After graduating in 2014, Chantal’s UMass internship transitioned into a full time position that she currently holds as a case manager at Hampshire County Jail. She runs groups and works individually with inmates to provide them with the tools necessary to deal with issues like anger management, domestic abuse, and victim impact.

“The opportunity to work with Dr. Budig would not have been possible without funding from the center.  The experience not only influences my current work at the jail, but also what I am thinking about for my future career.” Her time as a CRF student researcher made Chantal more cognizant of family issues. She uses her knowledge of family dynamics in her approach to discussing issues with inmates during her process groups. She said “While working with inmates I am able to observe that one’s family history has a huge impact on their future.“

Inspired by her current work, encouraged by her mentor Michelle Budig, and trained through her research experience, Chantal is motivated to continue her education in order to examine how the family is affected when a father becomes incarcerated. She believes the tools and confidence she received from her UMass education and her senior year’s research experience as a CRF student, provided the groundwork for pursuing a Ph.D. in Sociology.

“My award from CRF granted me the learning opportunity of a lifetime, that has not only benefited me but the people I encounter daily in the community.”

Morgana Flaherty’s research experience at UMass, under the mentorship by Dr. Harold Grotevant, was nothing short of “an opportunity of a lifetime”.  In 2011 as a junior, Morgana applied and was selected to receive the Center for Research on Families Student Research Award. She had proposed to write her senior year thesis about the factors that influence a mother to place a child up for adoption. The award not only provided much needed financial assistance but also gave her the opportunity to conduct research for one year, under the guidance of Dr. Grotevant, endowed Professor of Psychology, director of the Rudd Adoption Research Program, and Chair of the Department of Psychological and Brain Sciences.

Throughout the year, she worked collaboratively with graduate and undergraduate students in his lab and had many opportunities to meet with some of the finest adoption researchers and clinicians in the country.  “Not only is Dr. Grotevant an outstanding, internationally known, researcher and writer, he is also a talented mentor to his students….He brings life to learning, like lighting a fire.”  Morgana was also able to present her undergraduate thesis at an international conference alongside world renowned adoption scholars.

After graduating in 2011, Morgana went on to pursue a Master’s in Mental Health counseling. She is a Counselor at the Triumph Center for Child and Adolescent Counseling and a Case Manager for Gateways Community Services where she assists children, adolescents, and young adults with various developmental disorders and mood related issues. She provides individual and group therapy, specifically focusing on social skills development and friendship building. She also works closely with families and provides parenting strategies. The CRF research assistantship provided Morgana with extensive training in research theory and methodology that helped launch her career.  “My extensive training in research theory and methodology under Dr. Grotevant has enabled me to assist clients in the best possible way. Today, I am able to glean information from evidence-based research and link it to clinical practice. The CRF granted the learning opportunity of a lifetime that has not only benefited my life, but the people I am able to reach out to and assist in the community.” 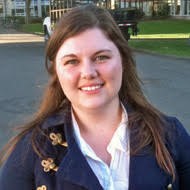 "The opportunity I had because of CRF was critical to getting me to where I am now."

In 2010 Anastasia Wilson was awarded the CRF Student Family Research Award to work with Dr. Nancy Folbre, Economics professor and former MacArthur Fellow, who is famous for her groundbreaking research on the care sector of the economy. Anastasia had the privilege of working closely with Dr. Folbre and contributed to the research for her book For the Love of Money.

Anastasia’s dissertation research focuses on the interaction between inequality, higher education, and student debt.  Her time with CRF also influenced her research, emphasizing to her how “families and households are an important unit of economic analysis,” which is a highly unorthodox idea in most of the economics field.

“CRF helped me to learn how to present my research and see that what I was working on was part of something bigger.”

Today, Ashley is a graduate student at Penn State working towards a Master’s degree in Forensic Science. Ashley currently researches the interaction between DNA and phenotypes. She believes that the undergraduate research assistantship provided by CRF was instrumental in her graduate success. “The award I received from CRF helped me gain experience in research and allowed me to be better prepared for graduate school.” Additionally, she attributes her current graduate assistantship to her experience with Dr. Arcaro researching DNA. She also is appreciative of the opportunities she had at CRF that year to present her research. This prepared her for conferences that she would eventually attend during her graduate career.

These short reflections from CRF award recipients demonstrates that not only has the CRF Student Awards Program in Family Research provided rare and meaningful research opportunities to undergraduates, but it has also engendered a family-centered perspective that carries into their professional careers. It is inspiring to see that CRF’s former researchers are making real life differences to family’s across the region. CRF is excited to be accepting applications for the next cohort of student researchers.  Applications are due February 27th.

To learn more about the CRF Student Awards Program go to: www.umass.edu/family/students.