The Center for Research on Families is pleased to share some recent articles, activities and awards related to our Family Research Scholars (FRS) program affiliates. 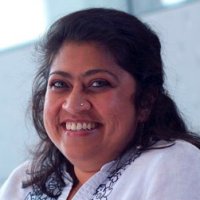 Nilanjana Dasgupta was honored with a Chancellor’s Award for Outstanding Accomplishments in Research and Creative Activity at the 12th Annual Faculty Convocation on September 30, 2016. Dasgupta was one of only ten UMass Amherst faculty members to receive this award, which recognizes faculty who have, within the past three years, demonstrated outstanding achievement and recognition in their discipline.

Dasgupta also presented some of her recent research on women in science, technology, engineering and math (STEM) fields on NPR’s Morning Edition this summer. The program focused on her experiments on the effect of the gender makeup of teams on female engineering students. She found that when female engineering students work in teams made up of 50 percent women or have women in the majority, they “feel much more confident in their ability in engineering. And at the end of the team activity, they feel much more interested in pursuing careers in engineering, whereas if they are the only woman on the team, all of that...drops significantly.”

This summer Dasgupta also gave a distinguished lecture at the National Science Foundation (NSF) in Arlington, Va. An interview with Dasgupta is available on the NSF website. In the interview, Dasgupta recommends five interventions universities and other organizations can use to build a sense of belonging for women in science STEM.

Building on her experimental work, Dasgupta’s recommendations focus on intentionally increasing students’ exposure and access to successful female role models in STEM. She elaborates, “women students who have had either one-on-one contact with, or media exposure to, same-gender professors, experts or peers, feel "I belong here." This in turn makes them more confident about their abilities, more likely to persist in math, science, and engineering majors, and more interested in pursuing careers in these fields after graduation.”

Dasgupta is a professor of psychological and brain sciences. Her current research is supported by the NSF Social, Behavioral and Economic Sciences Directorate. 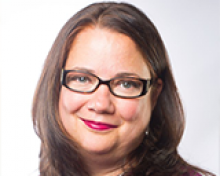 Michelle Budig has been awarded the College of Social and Behavioral Sciences Dean’s Research Excellence Award. The award recognizes Budig’s influential work on women’s career advancement and persistent wage gaps in developed countries. Recipients of the award are nominated by their peers.

“In terms of impact on a key area of research that matters in the real world, Professor Budig is a most deserving nominee," says Laurel Smith-Doerr, Institute of Social Science Research (ISSR) director. 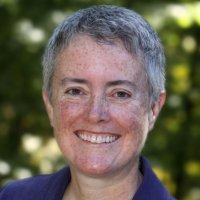 M. V. Lee Badgett is featured in the recent New York Times article, “The Most Detailed Map of Gay Marriage in America.” In the article, Badgett explains how the gendered wage gap doubly impacts the household income of female same-sex couples in the U.S.

Badgett is a Williams Distinguished Scholar at the Williams Institute and professor of economics. Along with co-author Alyssa Schneebaum, Badgett’s recent work predicts the impact of a $15 federal minimum wage on LGBT poverty. Badgett and Schneebaum estimate that increasing the federal minimum wage from $7.25 to $15 per hour would reduce LGBT poverty by one-third for male same-sex couples and by almost one-half for female same-sex couples.

Joya Misra & Jennifer Lundquist have continued their advice column for faculty for Inside Higher Education. Recent topics include how to write letters evaluating other faculty for tenure and promotion, creating a summer writing and research plan, and navigating midcareer mentoring responsibilities.

Lundquist is the associate dean of research and faculty development in the College of Social and Behavioral Sciences and a professor of sociology. Her research investigates how institutional cultures can perpetuate or deconstruct racial, ethnic, and gender inequalities. Misra is a professor of sociology and public policy. Her comparative work on international labor market inequalities provides further insights for those seeking to create and sustain supportive work-life policies and cultures.

Rebecca Spencer, associate professor of psychological and brain sciences, co-authored an invited article in the summer issue of the Association of Women in Science (AWIS) magazine with Barbara Pearson, co-director of the Language Acquisition Research Center and a research associate in linguistics and the Office of Research Development. In the article, Spencer and Pearson highlight the UMASS Amherst STEM Family Travel Initiative (FTI), an innovative program supporting women faculty and postdoctoral fellows at UMass Amherst and the Five Colleges.

Many women in STEM reduce their travel after having children. As a result their work often becomes less visible than that of colleagues’ who are able to travel more often. Pearson and Spencer point out that support for child and elder care during professional travel provides an immediate benefit to caregivers and is a relatively easy way for institutions to encourage women’s professional development in STEM fields.

Increasingly other family travel programs are implementing the STEM FTI model and looking to UMass Amherst’s model as a guide. Spencer and Pearson write that they “look forward to the day when everyone can take these benefits for granted.”