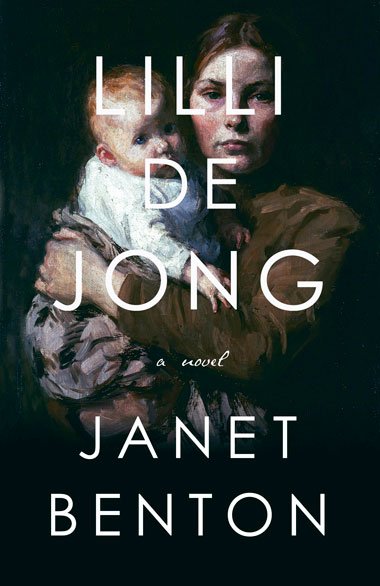 You would be hard-pressed to find a more intimate—even revolutionary—depiction of the emotional and sensory experiences of motherhood than you’ll read in Lilli de Jong, the debut novel from Janet Benton ’92 MFA.

“When I became a mother, it was utterly transformative,” Benton says. “I wanted to write about this fundamental human process in a way that gets into people’s hearts.”

Benton imagined a heroine, Lilli de Jong, an unwed Quaker mother living in 1883 Philadelphia, who enters not only readers’ hearts, but also their minds, through her distinctive, questioning voice. The book, in the form of Lilli’s journals, relates her travails as she strives to keep her daughter and simply survive in a society with no tolerance for unmarried mothers.

In the days before any safe alternative to mother’s milk, ensuring an infant’s survival meant breastfeeding. Benton evokes the sensations of having a baby at your breast with unprecedented vividness; the act of nursing is central to Lilli de Jong. Lilli becomes a live-in wet nurse for a wealthy family, and must send her own daughter to a hovel to be fed by a poor woman who is nursing two more infants.

The novel, rich in historical detail, shines a light on the rights women won in the 20th century and reveals how far we have to go. “We, as a society, don’t support mothers well,” points out Benton. “Each time a woman has a child, it’s a crisis for her work life.”

As a UMass MFA student, Benton studied with authors Valerie Martin ’76G and John Edgar Wideman. She figures she spent 8,000 hours on Lilli de Jong, endeavoring to create a meaningful work. She says: “Some people would frown on this, but I think of fiction as having a moral purpose. I like to use writing to open people’s eyes to human experiences they otherwise would not consider. I love novels that make us more compassionate.” —Patricia Sullivan