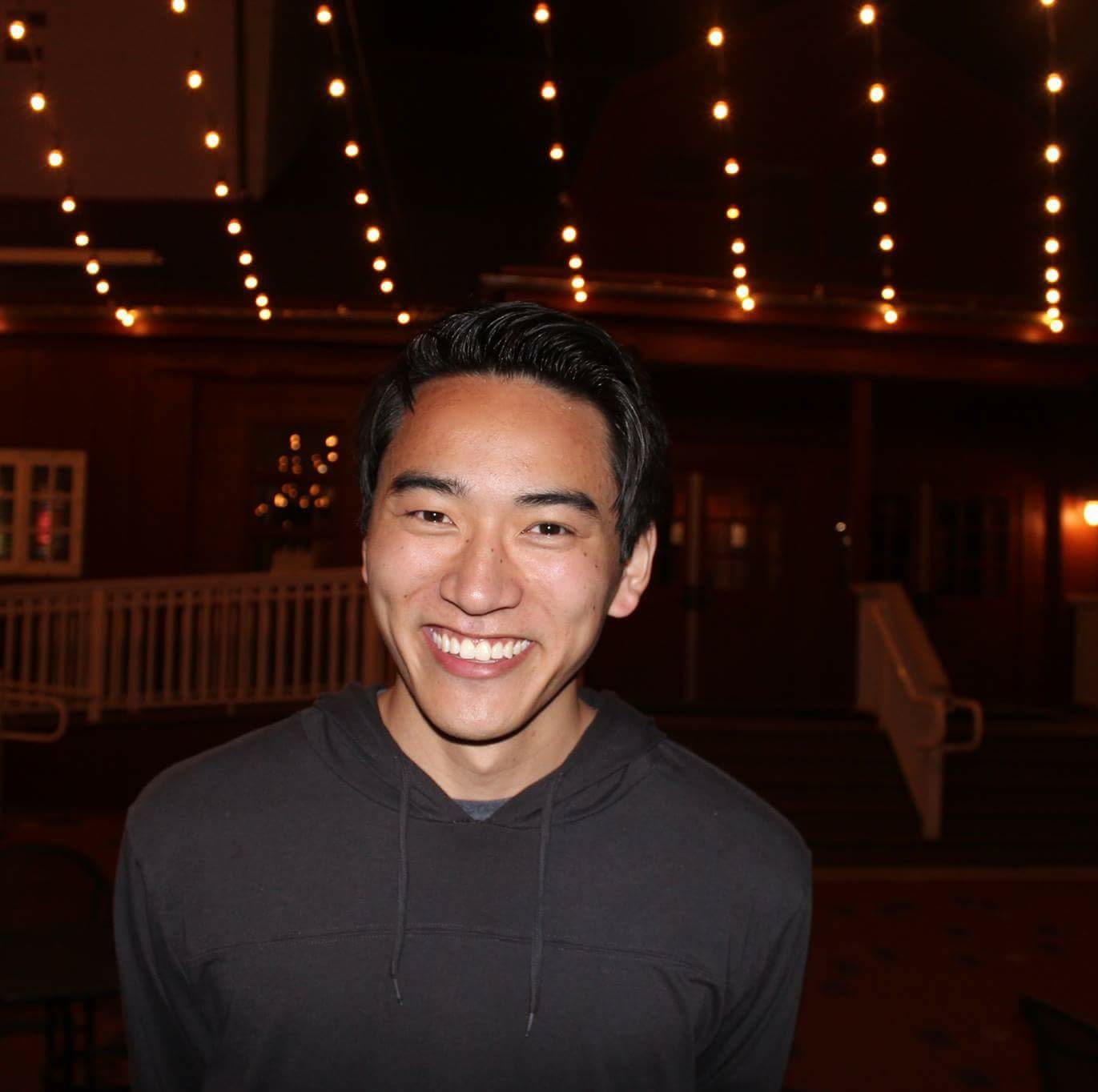 Mark Kyungsoo Bias is a Korean-American writer whose work has been featured in Asheville Poetry Review, Best New Poets, PANK, Raleigh Review, and others. He is a recipient of the 2020 William Matthews Poetry Prize and longlisted for the Frontier Poetry Prize. He has also been published by Saejowi Initiative for National Integration which provides assistance to North Korean refugees.

Judge's Note: There is so much to admire about the clear-headed musicality of these poems, their resonant fatigue in the face of American traditions both literary and economic, racialized and violent. And there is a deep beauty in the way these poems insist on singing and fighting with and against those traditions, even though (or because) "America is a bedrock of silence." Beauty, too, in their refusal to simplify contradiction.

Honorable Mention: Lucy Wainger
Judge's Note: These poems somehow project themselves into the damages of near and distant futures with both great affection and sharp critique of all that underpins the rubble, "before the island went under, before wealth itself was the island."  I especially love the symphonic landscape of "Patient Zero." This multitude of voices and sonic vision of collective loss feels deeply familiar, as do its forms of going on. 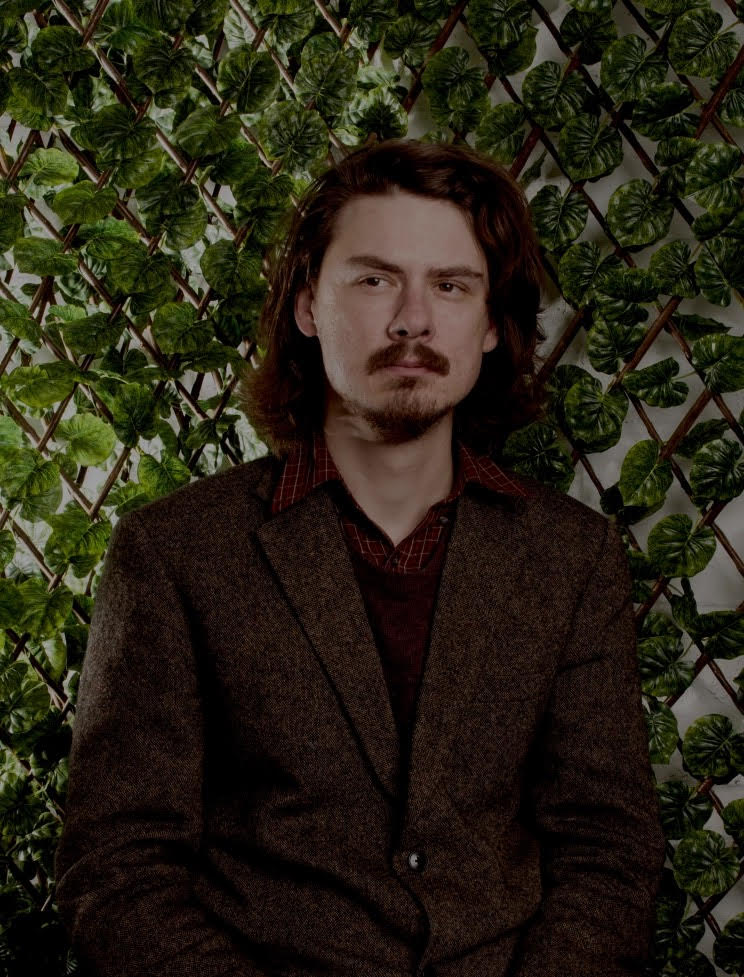 Working simultaneously in the fields of improvised music and experimental poetry, Eliot Cardinaux is a poet, pianist, and composer capable of adapting the lyric mode to a variety of situations. He holds a bachelor’s degree in Contemporary Improvisation from the New England Conservatory, as well as an MFA in poetry from UMass, Amherst. Under mentors such as pianists Ran Blake, Garry Dial, and Anthony Coleman, as well as poets Peter Gizzi, Dara Wier, Cynthia Cruz, Ocean Vuong, and Ruth Lepson, he has absorbed a variety of attitudes and skills that veer toward the devotional. [Photo by Michelle Arcila Opsvik]


Judge's Note: The lines in these poems bear witness to the soul in extremis, rendering the collapses of intimacies and environments in such precise language that the lines felt like bodily incisions. The power – emotional, lyric, spatial – isn’t only in language but in the poet’s deft wielding of silence and the unspeakable knowledge every word hoards. How then can a self exist in language, be voiced and true? Poem after poem, the poet dares utterance onto the page, an insistence that admits hunger and enables survival, confessing with mesmerizing intensity: “I love this language / love it madly / Here it is.” Every cell of my person cried “yes” as I read these exquisite poems.

Honorable Mention: Jane Feinsod
Judge's Note: “Make the body into a crowd,” the poet writes, reveling in pluralities of identity, environment, and sense in poems that wear the gloomy, anarchic joie de vivre of an early Godard film. I love that the language here serves as both augury and accident and that this poet of capacious attentions, glimpsing futures and (trying to) master the present, is too wise to settle into certitude or self-knowing. 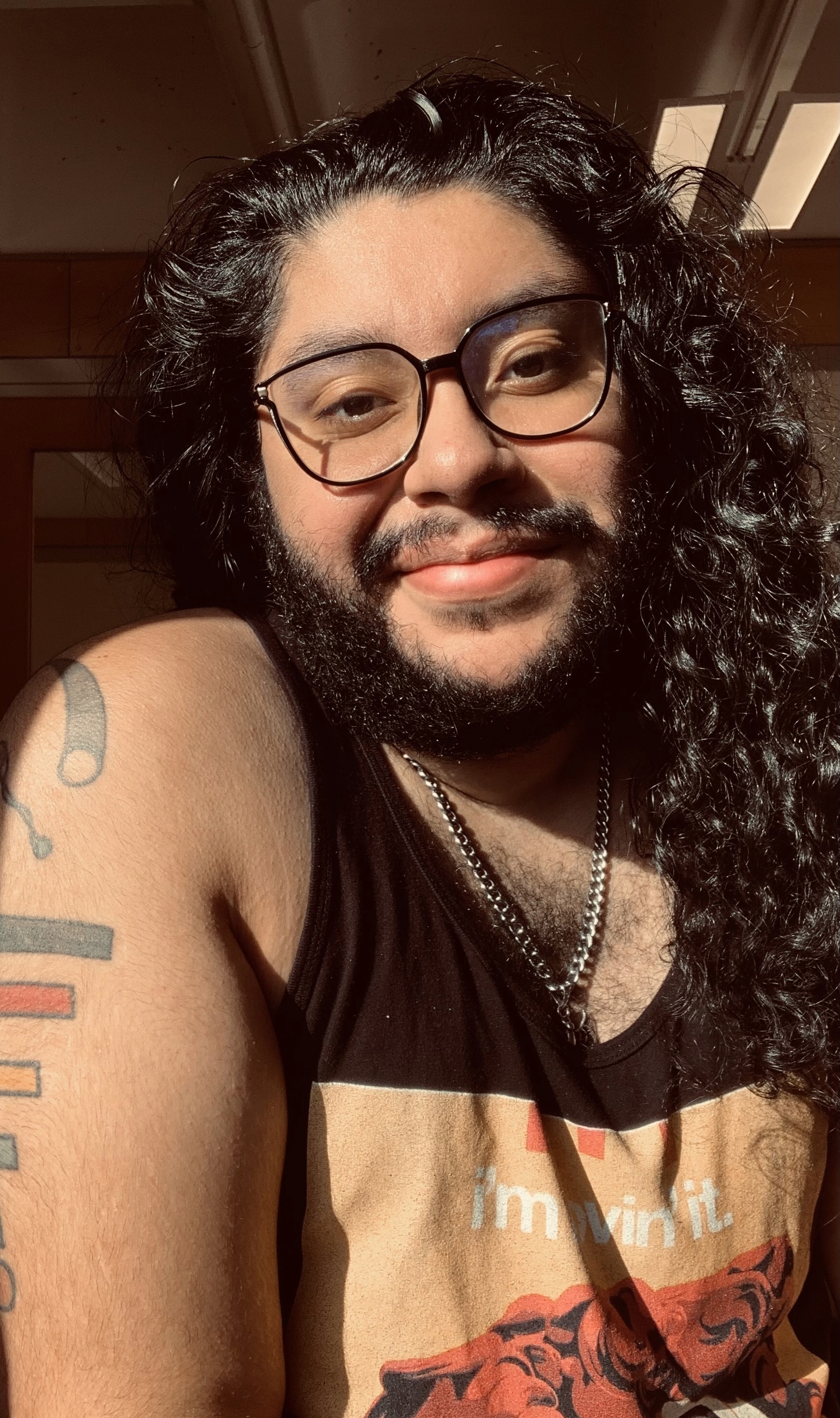 Julio Cesar Diaz is one of ten children born to Central American immigrants; he is the first of the last of three to be Texas-born. While living in Massachusetts, Diaz has received scholarships from Bread Loaf Translators’ Conference, Palm Beach Festival, and the Juniper Institute. His work has been published in North American Review, Southword Journal, Barrio Writers, and is forthcoming in Pleaides. He was a finalist for the 2022 James Hearst Poetry Prize and an honorable mention for the 2018 Andrew Julius Gutow Academy of American Poets Prize. Diaz is a left-handed gay capricorn who is consciously living in this righty world while dreaming of alternative realities.

Judge's Note: I admire the bold choices for form, the radicalizing of epistolary. Various and adept with texture of tone, reference, and imaginings: “like snowballs sunflowers / fairy-floss even lightning”. Dazzled.

Scout Katherine Turkel holds a degree in rhetoric from the University of California, Berkeley, and is currently an MFA candidate in poetry at the University of Massachusetts, Amherst. Born in California, Scout writes about reproduction, nature, labor, and love. Scout’s work can be found in Oversound, Tagvverk, bæst: a journal of queer forms & affects, and elsewhere.

Judge's Note: These are exquisite poems full of weird ideas. 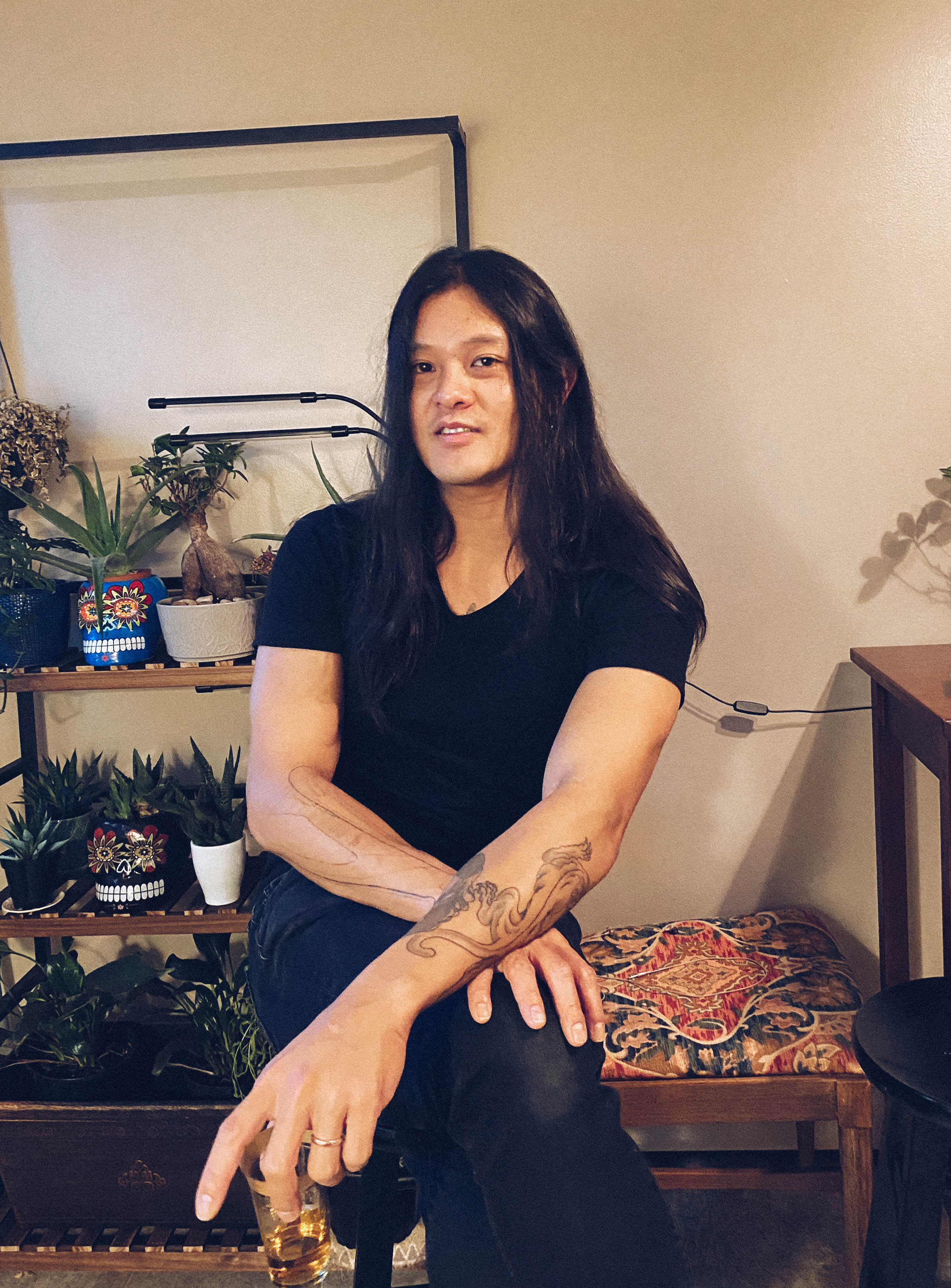 Sammy Lê is a Vietnamese writer and bartender from Houston. He is in the first year of his MFA at UMass Amherst, where he is a Rose Fellow. He works with the Asian Memory Project in the Butler School of Music at University of Texas at Austin. He is an advisor and poetry workshop instructor in the Medicine Race Democracy Lab at Rice University.

Judge's Note: "Lotus descends to visit Nova": I'm impressed by the poem's scope, its range of detail, and its balance of external and internal perceptions as it keeps moving. There's a kind of immersive quality to the poem, which feels like part of a series, that allowed me to feel inside and outside of the space created at once.

Honorable Mention: Clayton Fejes
Judge's Note: "alone on long hill": This poem has active sonic, visual, and perspectival senses bound up and at work together. It has painterly qualities for me, in that it seems to be investigating scale and pictorial depth as a way to foreground consciousness vis-a-vis the mind's idiosyncratic relationship with common materials (words and their sounds). 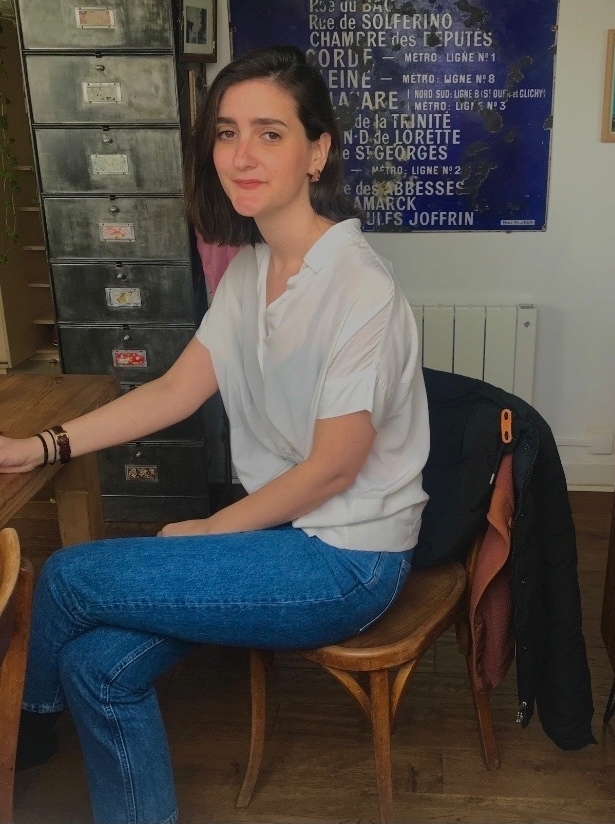 Honorable Mention: Zachary Nickels, "Burattinaio" and "A God Could Do It"
Judge's Note: These are ambitious retellings. Pinocchio and Moby Dick are transformed into stories that are first recognizable only from the characters' names. The prose is clear, the emotional landscapes are wind-swept and bleak. Characters that we thought we knew are reincarnated to hold up fun-house mirrors back at us.

Judge's Note: This story does what all great stories must, contains the gigantic—even mythic—pain of one small human life under the calm drab surface of the everyday. One does not get to choose not to suffer. From the first lines, it is a world in which one can only choose one unsolicited malady over another, choose desperate acts for control when all control is lost, choose small stabs at love that never quite hit the mark, and for this, the story is devastatingly sad. But the story is also very funny. There is laughter in every careful line. One feels a very wise, adventuresome and daring mind at the helm, a big hearted respect for the small, the humble, the dismissed and overlooked. I will remember this one for a long time.

Honorable Mention: Vida James, "Hats and Bats"
Judge's Note: From the first rhythmic and unfettered line this story thrums with heat, love, outrage and possibility. In the narrative and in the writing, barriers are ripped down. In this world, the inhabitants don’t sleep when exhausted, but burn, mingling in streets of fire, violence and protest. The story is about war, but a glittering war, wherein the soldiers—as always in our American streets—are the young and dispossessed. It made me think of Orwell in his early down and out life in Paris and London. It brims with honesty, clarity and a driving crystal-vision. Somehow, miraculously, the author manages to turn this war story towards a glorious new future coming.

Winner: Zachary Nickels, "Burattinaio" and "A God Could Do It" 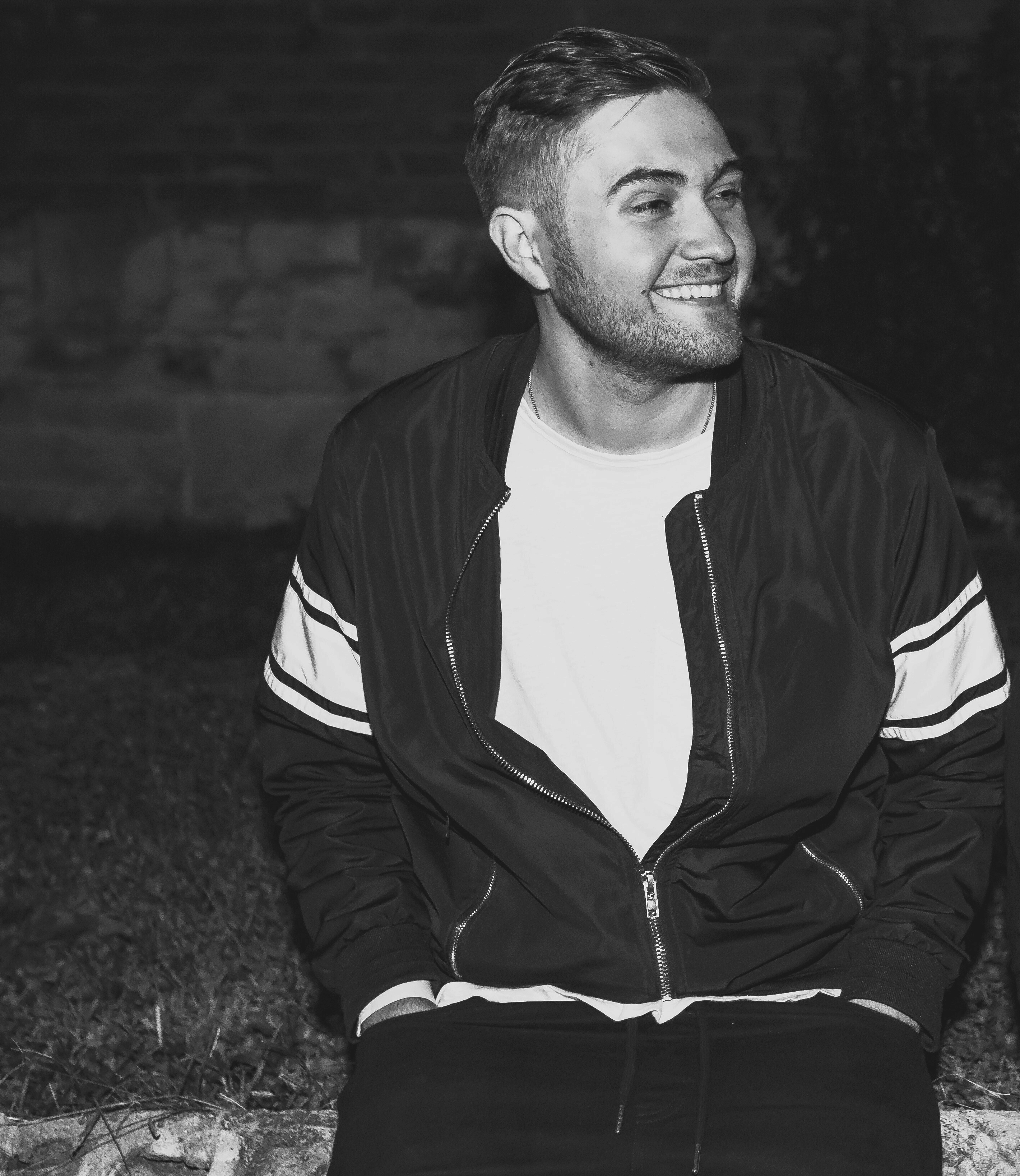 Zachary Nickels is a second-year MFA candidate at the University of Massachusetts Amherst where he studies Ancient Greek. His writing has previously appeared or is upcoming with SPIN, Crazyhorse, The Hopkins Review, The Rumpus, The Massachusetts Review, and Rupture, among others.

Judge's Note: Both intertextual and revisionist in nature, Burattinaio and A God Could Do It are written in spare, a frenetic style that calls to mind the fiction of Italo Calvino. Vitally, A God Could Do It is a queer reimaging of Moby Dick and Ahab that is a fierce, purposful expansion of a classic American narrative. It evokes a feeling of timelessness, even as it created a specific time and place in prose that has to it the music of poetry and begs to be read out loud. The narrative structure, the dialogue that blends heteronormative sailor talk with the hesitance of queer desire taking its first steps into expression, and the gorgeous ending that feels earned: all these elements challenge our fixed notions of heroes and love stories. These works do what fiction that is singular does: they made me feel alive.

Honorable Mention: Rabia Saeed, "Just What You Were Telling Me Now"
Judge's Note: Just What You Were Telling Me Now channels Sally Rooney through a South Asian migrant experience, producing a strikingly original voice that to me is the characteristic of fiction that lives beyond its generation. The friendship between Sara and the narrator and the conversational paragraphs are utterly contemporary and interspersed with lines of prose that pop with wisdom ('when you realize you are capable of causing real pain, that’s when you know you’ve grown up), while the internal experience of calling more than one place your home, so central to this narrative, feels written in the rich timeless legacy of such writers as Bharati Mukherjee, Jhumpa Lahari, and UMass alum Kamila Shamsie. I cannot wait to read the full novel and then sit back and watch as it mesmerizes readers all over the globe.

Michael Zendejas studies for a fiction MFA at UMass Amherst. He runs the film blog, The Chicano Film Shelf, and was an inaugural recipient of the Rose Fellowship, a 2022 winner of the James W. Foley Memorial Prize and was a fellow in the inaugural cohort of the Emerging Writers Fellowship given by Writers in the Schools (WITS). His work is featured or forthcoming in: Five2One Magazine, Liberation News, Peace Land and Bread Magazine, Acentos Review, Ginosko Literary Journal, Houston Review of Books and elsewhere. Follow him on Twitter @Mikeafff

Judge's Note: I was engaged and surprised by "Joaquin and the Other Mary," from start to finish. The story's setting, the immediate danger that Joaquin finds himself in, and the mysterious argument that he witnesses were all very compelling. I think Jim would have liked this story.

Honorable Mention: Jacqueline Feldman
Judge's Note: I learned so much from reading "Precarious Lease.” I really appreciated the writer’s engaged curiosity and the thoughtful, searching tone that they maintained throughout the piece.