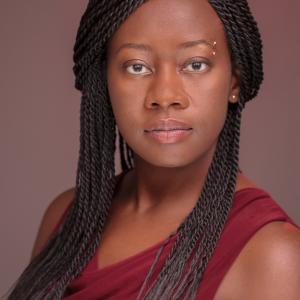 Julie Iromuanya is the author of Mr. and Mrs. Doctor (Coffee House Press), a finalist for the PEN/Faulkner Award, the PEN/Robert W. Bingham Prize for Debut Fiction, the Etisalat Prize for Literature, and the National Book Critics Circle John Leonard Prize for Debut Fiction. Her scholarly-critical work most recently appears in Converging Identities: Blackness in the Modern Diaspora (Carolina Academic Press). She was the inaugural Herbert W. Martin Fellow in Creative Writing at the University of Dayton. She has also been a Jane Tinkham Broughton Fellow in Fiction at Bread Loaf Writers Conference, a Tennessee Williams Scholar at the Sewanee Writers Conference, a Bread Loaf Bakeless / Camargo France Fellow, a Brown Foundation Fellow at the Dora Maar House, and a Jan Michalski Fellow at “The Treehouses.” Her work has also been supported by fellowships from the MacDowell Colony, the Vermont Studio Center, and the Ragdale Foundation. Iromuanya earned her B.A. at the University of Central Florida and her M.A. and Ph.D. at the University of Nebraska-Lincoln where she was a Presidential Fellow and award-winning teacher. She is an assistant professor in the creative writing MFA program at the University of Arizona.

The Series is sponsored by the MFA for Poets and Writers and the Juniper Initiative, and made possible by support from the Massachusetts Cultural Council, the University of Massachusetts Arts Council, and the English Department. Events take place at Memorial Hall at 8PM, unless otherwise noted, and are free and open to the public. Memorial Hall is wheel-chair accessible.