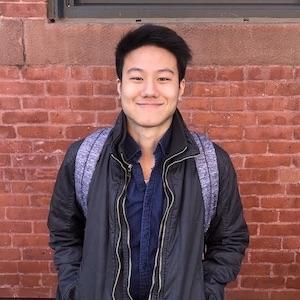 Parawat is a senior English major with a specialization in Creative Writing and a certificate in Professional Writing and Technical Communication. He has a published book of poetry, called Moonwalker, which is available for purchase on Amazon.com. View his LinkedIn profile to learn more or to connect with him.

I think I always felt that it was right for me! I came to UMass a STEM major for a semester or two and then I changed stuff around until I became a BDIC major for most of my career, and now I’m an English major, which I think is what I always wanted to do because I’ve always really liked reading and writing and everything about it.

Do you have any other majors/minors/specializations?

You’ve got a lot going on—do you find your various interests interconnect?

Yeah! Even before I switched to an English major, I wanted to do International and Technical Writing, so I wanted to learn languages (on top of doing technical and creative writing) so I could put them all in one. I’ve found that learning other languages [Spanish and Japanese] has kept me open to and aware of other ideas that I might not have considered had I not taken those languages.

What has been your most memorable English class(es) and professor(s)?

This is kind of hard. Well, I love Professor Solberg—she’s great. I feel like if I didn’t have her as a professor, I wouldn’t be as invested in PWTC program as I am now. I also love Professor Hennessy from my Creative Writing class. I’ve taken, like, five classes with him and I’m in an independent study with him right now which is awesome. [Regarding] less specialized stuff, I recommend Professor Rubright—I had her for my Shakespeare class, and she was super enthusiastic about the subject, which caused me to get more invested in it. I didn’t feel any attachment to Shakespeare and she made me feel like I’m actually learning something and I can involve myself with it which is good. 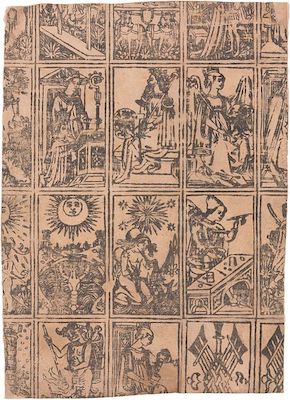 What are you doing for your independent study?

A bunch of creative writing. The goal is to write 22 pieces—either short stories or poems—for Professor Hennessy based on tarot cards, which is pretty cool. I’m doing some more research into it right now; one of my friends actually does tarot card readings, so I’m going to ask her for some tips on what each card symbolizes, so I can put some of that lore into my work.

What inspired you to work with tarot cards specifically? Was it just random?

Yeah, I was just doing some reading one day and I came across them and thought they seemed pretty cool. I’m not a superstitious person or anything like that, but it’s still really interesting.

I finished my thesis last year with my Creative Writing capstone, so I basically just wrote a novella, then a few poems, and a couple short stories and personal essays to put into one big “Creative Writing by Parawat” Thesis.

I hear that you have some work published. Can you tell me about that process and what you published?

Okay, so I published a poetry anthology called Moonwalker back when I was in sophomore year of college, I think. I self-published it via Amazon, which makes the process super easy; you just  submit a manuscript online, and then they check through it to make sure it doesn’t have any…weird stuff in it. The entire process was free and super painless. I commissioned one of my friends to make the cover, and it’s still available online!

It’s kind of angsty now because I wrote it a while ago—there’s a bunch of stuff in there from high school when I was an angsty boy.

Is there anything else you want to mention about the process of self-publishing? I think it’s so awesome and I bet a lot of English majors would love to have done a similar thing by your age, but they haven’t. What inspired you to go forth and do that on your own?

I just thought it would be really cool. I’m gonna be honest, part of it was I wanted to make myself feel good about myself. It was just about putting it out there and saying “look at me, I did something.”

What’s your favorite book? Are there any authors in particular that inspire you creatively?

One of my favorite books is Left Hand of Darkness by Ursula Le Guin, which is kind of old now but she was one of the first to study sexuality and gender in a science fiction setting. It’s basically about this guy who’s kind of like a missionary on a different planet and he gets close to this one person who switches genders and they have this unusual sexual tension between them and I thought that was really interesting. I read it for my Honors class freshman year and it really struck me.

I really like Neil Gaiman a lot. I feel like everyone does. I don’t even know how to describe him—he’s super unique. He’s inspired a lot of my dreamy, fantasy stuff which I enjoy a lot.

I do some science fiction, and there’s a lot of soft fantasy stuff that I do. At the risk of sounding conceited, a lot of the writing I do involves introspective looks into a person and it’s more about humanity. The stuff that I use, like some magic or some other small sci-fi stuff, is just a tool to help people analyze themselves.

Have you done any internships?

I was a reader for the Mass Review. I got to read and vet people’s submissions—to make sure they weren’t problematic or inflammatory, and if I accepted them, I would send them to my superiors for more close reading. If I didn’t like them, I could just return them.

What are you thinking about doing after you graduate? Do you have any particular career paths in mind? Why do those appeal to you?

My dream job (like many other English majors) is to be a novelist and publish a successful series and then never have to work again (haha). Because that seems super unlikely at best, I would love to just get started as a tech writer somewhere—I don't have any plans or names in mind right now, but it'd be really nice to be able to start paying off loans early so I can support my mother and father when they choose to retire eventually. I enjoy technical writing and I think I'd feel comfortable starting a career with it. Fingers crossed!