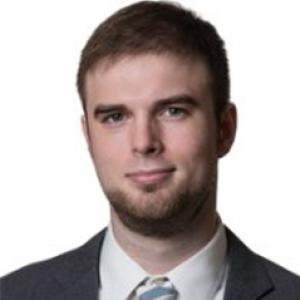 My roommate is a legal studies major. He’s ambitious, he’s intelligent, and he knows exactly what he wants to do. I’ve never had that luxury, and while in many regards that’s a gift, I’ve spent more than a few evenings anxious about how to contort my amorphous major into something at once purposeful and satisfying. So, after working at a deli the summer following my freshman year of college and doing all of nothing-at-all following my sophomore year, I resolved to make sure that the summer following my junior year would be put to practical use with an internship.

I chose publishing for a few reasons. The prospect of being simultaneously sedentary and critical had allure, I suppose. Serving in an editorial capacity also fit my strengths, which – among other things – include the ability to determine the best position for a comma in a given sentence and a propensity for reading things and then writing things about what I’ve read. Finally, pursuing an internship in publishing would magically complete the specialization in nonfiction writing that I had been trying to fulfill.

The only difficulty after that decision had been made was finding an actual internship. Thankfully, the efforts of myriad people who had told me “start looking in spring” were not wasted, and so the week before my spring break was miserable: I spent hours upon hours perfecting a resume and cover letter and shipping them off to publishing houses scattered across New England, most of which would never reply to me. I managed to schedule an interview with Dollars & Sense the Wednesday before my break, but in between that day and the interview itself, I found myself constantly rationalizing reasons why I should back out (nerves, mostly). I didn’t, thankfully, and the interview went well (I have to assume). Of course, then I had a further month-long period during which I was left in the dark and didn’t know to what extent I should be further applying to internships. Luckily, I got the position, and only had to spend another half-month concerned that I had misrepresented myself in the interview and wasn’t what the company was looking for at all.

Now that I’m rounding out my last week here, I’m obviously no longer pestered by those doubts, and I find myself looking back upon a period that was just as satisfying as I hoped it’d be, but which also provided an experience very different from the one I had been expecting. Above all else, there was a manual labor component that I hadn’t at all expected. The fact that I had wanted something sedentary (mainly, the thought was that if I had to get up at the hours required of a normal human being, I at least didn’t want to be moving around too much) is incredibly telling in terms of my lack of prior office experience, because nowadays those periods during which I’m up-and-around are among the liveliest of my entire day, and certainly the ones in which time passes most quickly.

Another thing that came as a surprise was just how small the D&S crew turned out to be. There are only four full-time employees: two (co-)editors, one marketing coordinator, and one business manager. The office is subleased from another leftist economics organization (United for a Fair Economy), whose larger offices are next door and house the restrooms for both organizations (this means a lot of smiling and nodding to people with whom I’m marginally acquainted at best). Certainly, the limited scope has its drawbacks, but I think of it as more of a positive than a negative; in addition to having established a personal connection with each of the four employees as well as the other interns, I’m able to witness and partake in all the minute aspects of the business that wouldn’t likely be a part of an internship at, say, Houghton Mifflin. This means packaging and transporting books as well as doing accounting and coding work. It also means more variety, without which I would surely suffocate and die.

In roughly two weeks’ time, I will start becoming nostalgic. I’ll be nostalgic for the people, of course, but I’ll also miss the little things that have gradually built up around the internship to form a comfortable routine. Every day at lunch, for instance, I’ll make my way down to the crowded food court below the Orpheum theater, order myself some food, and push out the voices of the hundred-plus people around me to fall into some massive tome for half an hour. Some days after work, I’ll put off the ride back to Alewife for a little bit and saunter down to a Border’s down the street that dies a little bit more every day (and with it, the prices of the books within!). Finally, there’s the T itself, which I have come to love dearly for a single detail: outside of a library or a bookstore, I have never seen such a density of people reading than I have within the Boston subway system. It delights me every time.

Typically, my own writing is academic, so one of the most interesting things I had to learn over the course of this summer was actually writing casually, both for my journal entries and for the magazine itself. Now, when I say “writing casually,” I don’t mean to suggest that I’m just dumping whatever comes to my mind in front of me; rather, I try to avoid rigid grammatical constructs and allow myself to take on a jocular, conversational tone. I think I’ve become a very good essayist during the three years I’ve spent as a student, but obviously, essays on Huckleberry Finn constitute only a sliver of printed writing. I realize that a “jack-of-all-trades” approach to writing would probably leave me with too much ambition and not enough substance, but at this stage, branching out a little bit seems like the perfect thing for me to do as a writer. Now, having done so, I count it among the experiences I value most when I consider what I’ve gained since the internship began.

Politics is a controversial subject by nature, but it also loomed so heavily over my work this summer that I would be remiss to omit the topic altogether. I don’t think I would have wanted or received this position had I been a staunch conservative, but even so, my politics at the beginning of the summer were mild at best: I’ve always been strictly opposed to any manifestations of social conservatism, but I never felt educated or committed enough to ever really inspect fiscal conservatism too closely. Obviously, that’s kind of the entire point of Dollars & Sense to begin with, and I found that as I delved further into the depths of economics and labor practices, I became increasingly galvanized towards action myself. Half of the subjects (labor, unions, big business) provoked me because their current state of affairs struck me as oppressive and unfair, while the other half (health care, environmental regulation) grabbed my attention because I felt that the way they were being treated by American politicians was distinctly impractical and non-pragmatic. I routinely made attempts to read the other side of each argument I was confronted with to gain a sense of perspective, but even having done so, I was still left with so much more vitriol and passion for leftist political movements than I had when I began the position.

When I began applying for internships, I had hoped to end the summer with a bullet-pointed list of the technical skills and work experience that I had acquired. I’ve got that, of course – and plenty of it – but now that I’m leaving, it hardly seems important at all. There’s so much that I had the opportunity to experience this summer – the groggy-eyed morning commute into the city, the rhythm of working in an office, the chance to actually spend time in a downtown area without a specific purpose, the opportunity to meet people – that I’m more satisfied with the experience as a whole than I am with any particular insight or skill I gleaned. It makes me a bit sad that my fall semester internship is going to be undertaken remotely; obviously, I wasn’t planning on driving across the state every day, but there’s something so delightfully “more-than-the-sum-of-its-parts” about what I’ve done here over the past few months that I don’t expect to achieve by sitting behind my computer for a handful of hours each week. So now, with all of my expectations having been upturned, I’m going to enjoy two weeks’ respite, but I certainly hope to remain in contact with the people I’ve worked with, and hope that they’ve reaped as much good from me as I have from them.