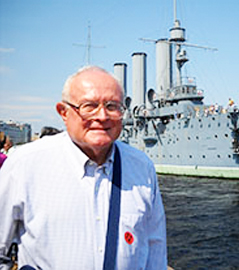 We are profoundly sad to announce the death of our colleague Professor Mason Lowance. An extraordinary scholar and teacher of American literature and culture, from his pioneering work on the Puritans to his writing and teaching about race, slavery, and abolitionism, he was also a valued colleague for over 50 years. See his obituary. We send our sincere condolences to his wife Susan and to the rest of his family.

Professor Mason Lowance taught Early American Literature, American Romanticism, and American Realism at the undergraduate and graduate levels. He also offered a seminar in Hawthorne and Melville, and regularly taught "Race and Slavery in American Culture" to undergraduates and graduate students. He taught at the University of Massachusetts since 1967, and since 1982, had also taught a course per year at the Harvard University Extension School. He taught semester long courses at Clark, Tufts, Brown, Emory, Oxford and Yale University, where he was a Fellow of the National Humanities Institute, 1977-78. He was a Guggenheim Fellow (1982) and was awarded a Fellowship from the National Endowment for the Humanities (1978-9). He was William and Alice Pressly Visiting Professor at The Westminster Schools (2003-4). He was Associate Dean of the Faculty of Humanities and Fine Arts from 1980-83. His publications include: Increase Mather(1974); Massachusetts Broadsides of the American Revolution (1976); The Language of Canaan: Metaphor and Symbol in New England from the Puritans to the Transcendentalists (1980); The Typological Writings of Jonathan Edwards (1993); The Stowe Debate: Rhetorical Strategies in Uncle Tom's Cabin (1994); Against Slavery: an Abolitionist Reader (2000); A House Divided: the Antebellum Slavery Debates in America from 1776-1865 (2003).