Joanna Buoniconti and James Andrew Cordero, graduating seniors, have been awarded the 21st Century Leaders Award. This award recognizes  the strong academic record and exemplary achievement of undergraduate students who further distinguished their intellectual accomplishments and enhanced the reputation of the University by contributing to the campus community. 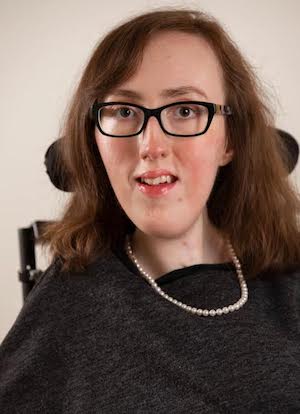 Joanna Buoniconti of West Springfield, Mass., is a Commonwealth Honors College student who earned dual degrees in English, with a specialization in creative writing, and in journalism. While excelling at numerous challenging projects for her two writing-intense majors, including completing a book-length memoir, Buoniconti also made substantial contributions to student and local media. She joined the Amherst Wire, the journalism department’s online magazine, during her junior year and became managing editor. While in that role, she honed her voice in book reviews, reported on the pandemic and advised others how to navigate online learning. She achieved all of this, as she says, “without setting a wheel” on campus. With fragile health due to spinal muscular atrophy, Buoniconti attended all her classes via Zoom. She found ways to be a key contributor to class discussions and garnered respect from her professors for her hard work, talent and sensitive critiques of her classmates’ work. Off-campus, she interned at the Daily Hampshire Gazette and went on to write a monthly op-ed column there on disability advocacy issues. Her latest column in the Hampshire Gazette discusses why UMass was the best schoool for her. After graduation, she plans to pursue work in book publishing or journalism.

Buoniconti writes, "I am incredibly honored to have been selected as one of the recipients of the 21st Century Leadership Award. My entire college experience has been nothing shy of unique, and for the majority of it was challenging to feel connected to the UMass community, but as I prepare to graduate I am overwhelmed with the sense that I was able to make my mark at UMass." 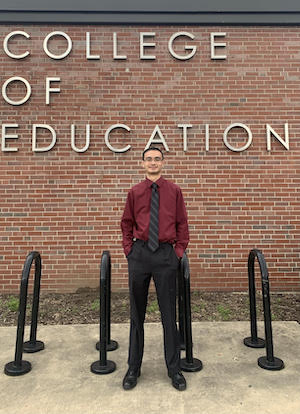 James Andrew Cordero of Woburn, Mass., is graduating with degrees in English and in social thought and political economy, with a minor in education. A leader in multiple organizations, Cordero launched campaigns and built coalitions to make UMass more accessible and affordable to marginalized students. As co-chair of the Residential Assistant/Peer Mentor Union, he advocated for strong COVID-19 safety measures, secure student jobs and anti-racism training for all RAs and PMs. He fought alongside students at the Center for Education Policy and Advocacy for more equitable funding for public schools in Massachusetts, resulting in the passage of the 2019 Student Opportunity Act, and later lobbied for state funding for UMass throughout the pandemic. During two summers with Upward Bound, Cordero mentored college-bound students from Springfield’s High School of Commerce. He plans to teach full time, incorporating his philosophy of universal human dignity into his work, while he pursues a master’s degree in education through the UMass Amherst 180 Days in Springfield program.

About the award, Cordero says, "In all my work, I have been supported by countless students, organizers, and community members who have worked with me to pursue a more just world. I could not have done this alone, so I dedicate this award to them."