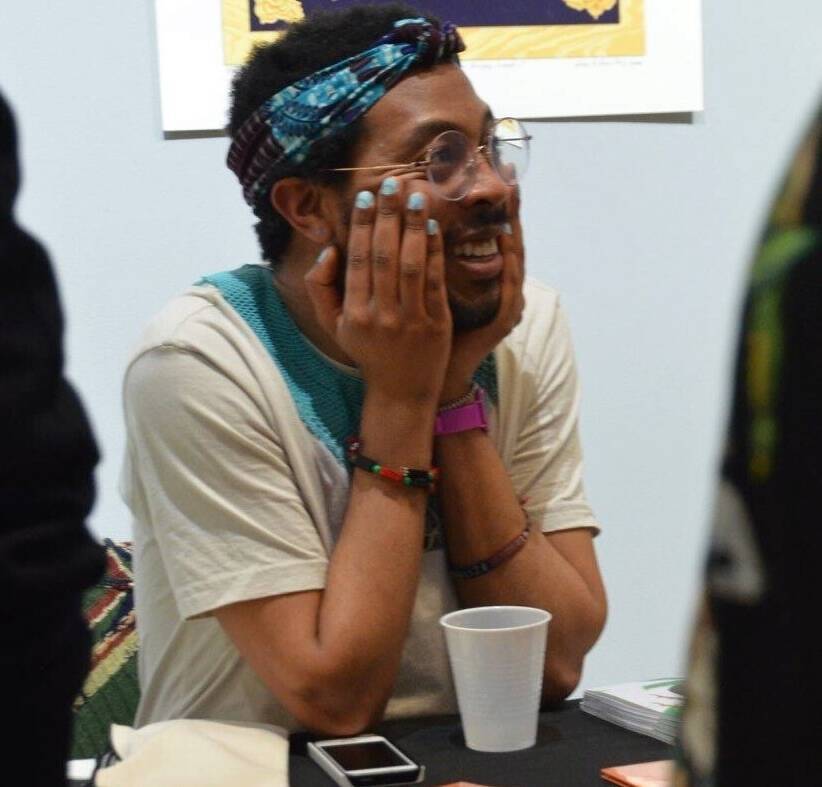 JR Mahung is Black. They are a Garifuna, Belizean-American poet from the South Side of Chicago now teaching, writing, and meal prepping in Amherst, MA. Their second collection of poems “Since When He Have Wings” is available through Pizza Pi Press. [photo credit: Chibbi Orduña]

Judge's Note: This batch of poems captured me with its sweeping and open language, the way it overlays the mythic onto the personal, the fable onto family histories, I have the feeling of a whole world of remembrance pulsing behind the scenes of these lines, I loved the daring forms, the moments full of holes which is also to be full of air..."family is mythology" yes but "nation is       rupture," and I find myself as a reader in those evocative spaces wanting to explore

Honorable Mention: Claudia Wilson
Judge's Note: As a reader I loved the vivid and sensory and embodied unapologetic voice that spoke to me in this series of poems, curious and full of asking and longing and incantatory prose. I especially loved the incredible clear and distilled images, so lean and precise, stark and palpable without any surplus language, especially in "Afterlife of Hair." 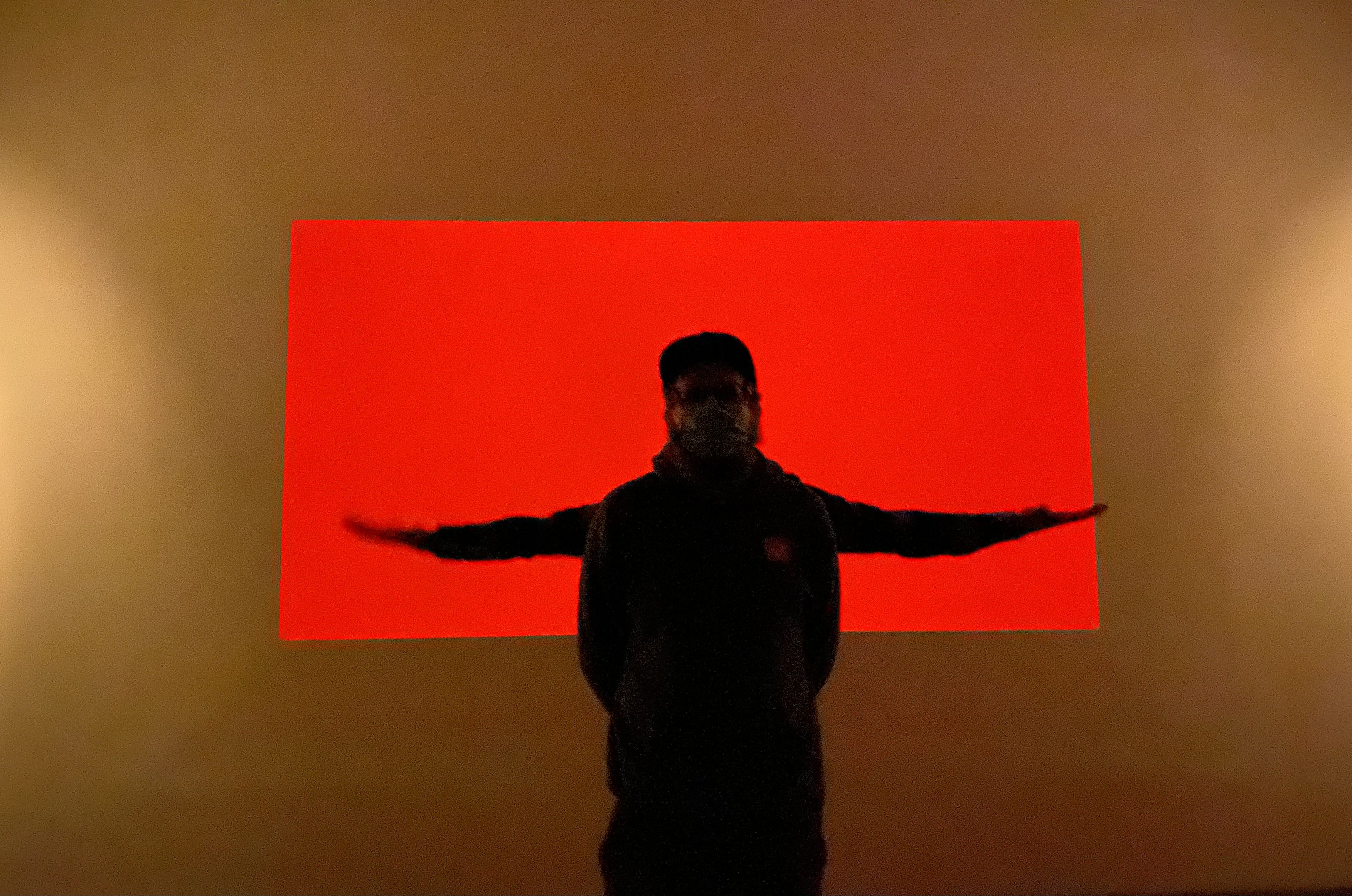 David Greenspan will be starting a PhD in the fall at the University of Southern Mississippi. His work has appeared, or will soon, in places like DIAGRAM, Protean Magazine, Prelude, Soundings East, and Superstition Review, among others.

Judge's Note: Flush with grief, insistent in its longing, at times flashing with anger, the language of these poems—so exact, so exacting—propels the reader into all the open astonishment that the Ordinary affords us. What more could we ask of poetry than that?

Honorable Mention: Rabia Saeed
Judge's Note: Narrative and lyric, story and insistent images, enfold in these poems, which, taken together as a kind of sequence, reminds us that poetry is—in its attention and precision—often a devotional act, one directed towards uncovering a world we would want to live in. 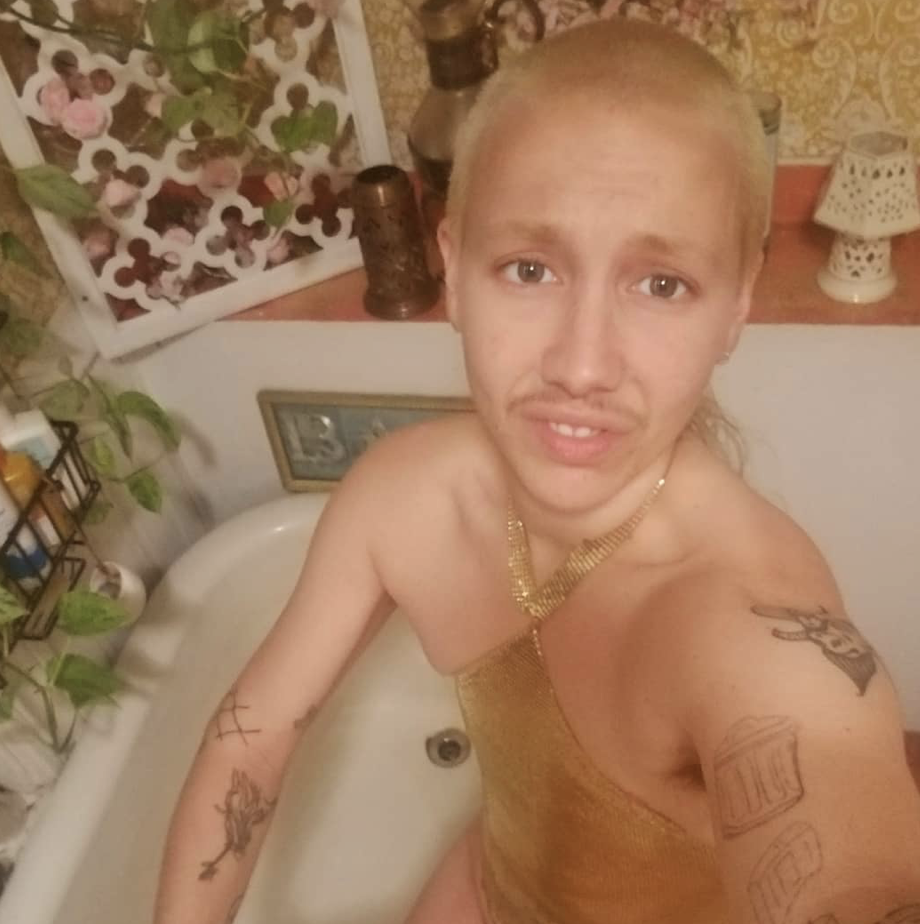 Jayson Keery is a writer, editor and arts coordinator who lives on Nonotuck land in Western Massachusetts. Their work has appeared or is forthcoming in The New Guard, Metatron Press, b l u s h, Peach Mag, Cosmonauts Avenue, and Girls Like Us, and has been anthologized in Nightboat Books' We Want It All: An Anthology of Radical Trans Poetics and Pilot Press London’s A Queer Anthology of Rage. They can be found online at JaysonKeery.com

Judge's Note: I love the sheer range and dynamism and energy of this suite of poems, what a joy to follow this voice from lyric to fragment to found language docu-poem to narrative, to the wonderful "The Choice is Real" giving me the post-Disney gender-odyssey song that I needed. "Two Strangers ..." is one of the most vivid and most harrowing examples of experimental ekphrasis (a wild docu-ekphrasis, these dreamed-women are real) I've read in some time, its staccato gaze, its inner feeling becoming outer seeing, amazing.

Honorable Mention: Sarah Ali
Judge's Note: "Nazar" does great justice to Marwa Helal's "poem to be read from right to left" and to both authors' love of forms, belief in form as energy and as anti-imperial POV. I was so blown away by the intense precision and command/control of the line-as-unit in these poems, the absolutely clarity and distillation of these images and how they transform before my eyes: that brain can become bean can become seed can become new green in a garden, a sparrow becomes the punctuated patience of a beloved.

JR Mahung is Black. They are a Garifuna, Belizean-American poet from the South Side of Chicago now teaching, writing, and meal prepping in Amherst, MA. Their second collection of poems “Since When He Have Wings” is available through Pizza Pi Press. [photo credit: Chibbi Orduña]

Judge's Note: The family mythology is captivating. The language is cutlass and rhythmic. The poems are shaped to hold and embrace a narrative self who is becoming, who is remembering parts to make a beloved whole.

Honorable Mention: Dāshaun Washington
Judge's Note: Clever and beautiful thematic approaches to poeting Black masculinity and manhood that offers us the tenderness that goes unnoticed, and the gentleness often made stone. 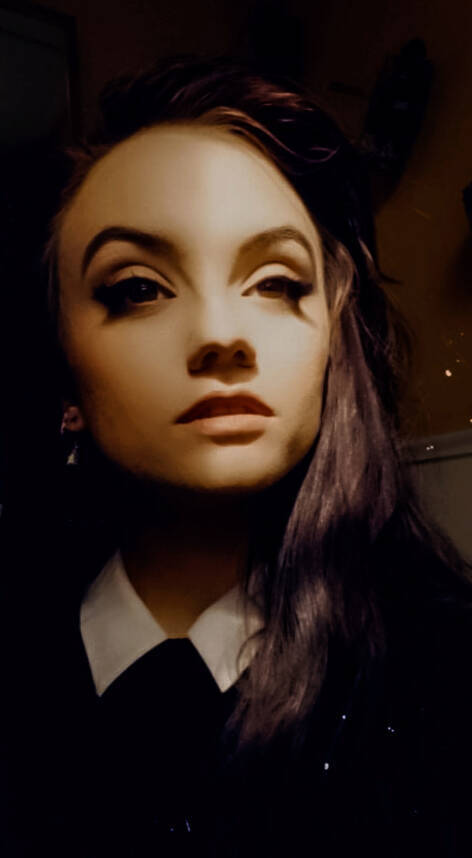 Raquel Perez de Alderete is a New England-based writer. She has her BFA in English from the University of Massachusetts, Amherst (2017) and is in her final semester of the Master of Fine Arts in Creative Writing from the University of Massachusetts, Amherst (2021). Previous titles include “Monster”, “we don’t have a compass but i’m sure we’ll find home”, and “Phobic.” She has been a featured writer in magazines and online publications such as “BuzzFeed,” “Rising Phoenix Review”, “The Huffington Post”, “human”, “Art Out”, and more.

Judge's Note: Laced with single-minded yearnfulness, erudition, and melancholy, “department of sacrilege” unravels us with its dark side of creativity and biblicality, and offers us an unyielding homoerotic tenderness that has once made us inexorably homeless. 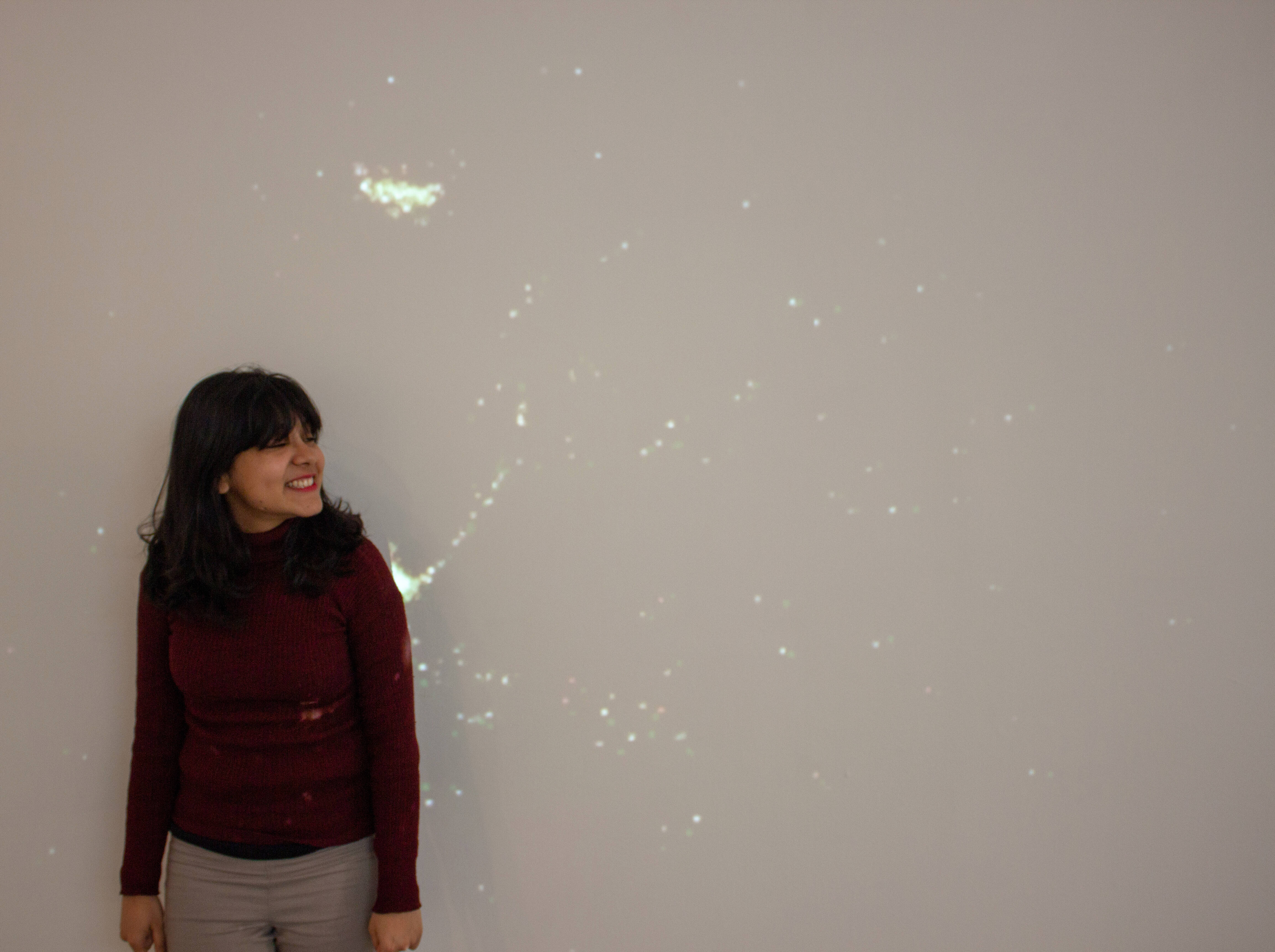 Astha Gupta has received support from the Tucson Festival of Books Literary Awards competition and the 2020 New York State Summer Writers Institute. Her work has appeared in UCity Review, Ms. Aligned and Mad Swirl, among others. She is a fiction candidate in the MFA program at the University of Massachusetts, Amherst.

Judge's Note: A lyrical and haunting tale examines one’s life and trauma. I was moved by its acute insight and intense vulnerability.

Honorable Mention: Erin Butler, "Sister"
Judge's Note: An authentic and courageous story about faith, reckoning, and acceptance. I was rooting for Anna the whole way and heartened by her self-discovery. 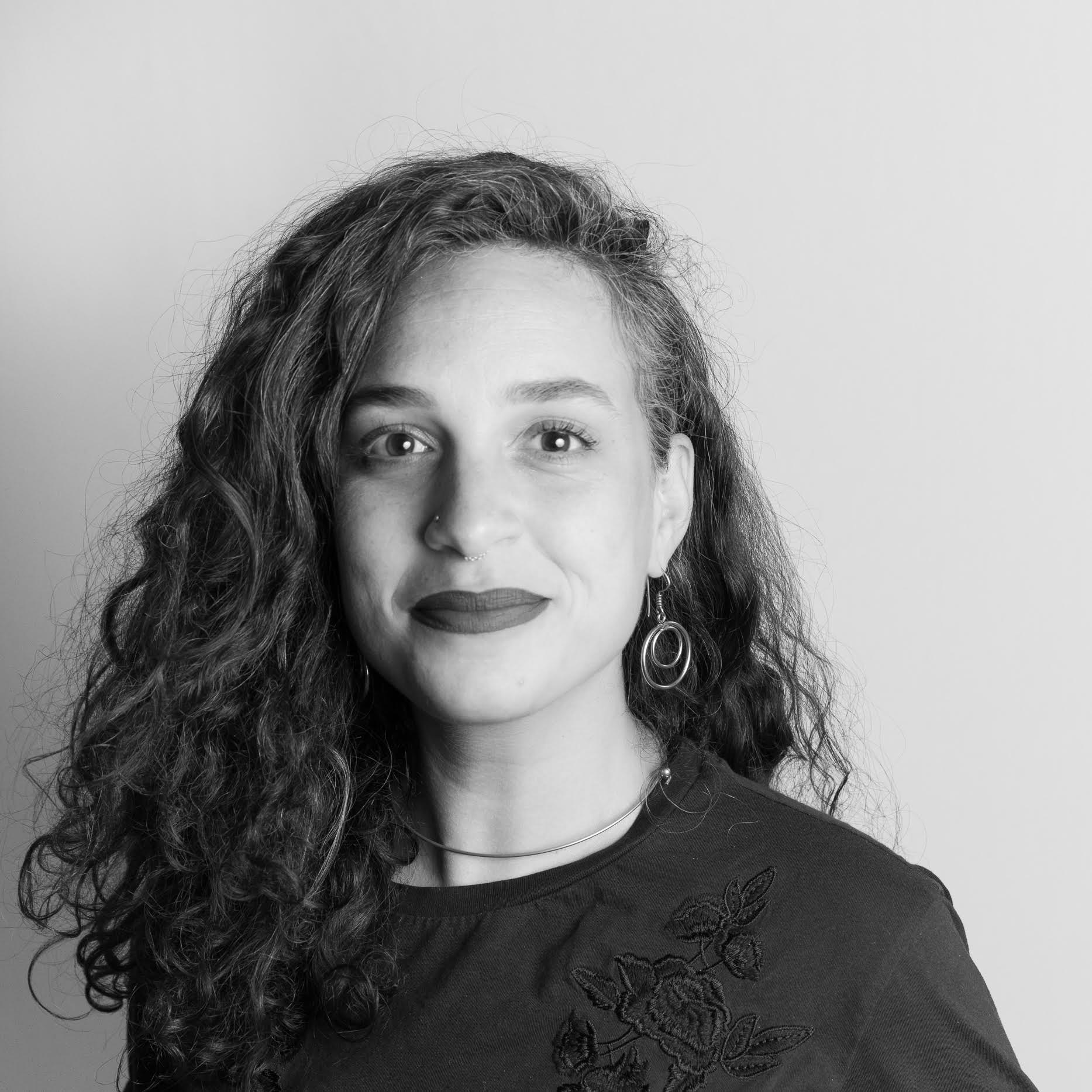 Vida James is a Nuyorican social worker from Brooklyn, NY. She is currently a Delaney Fellow at the University of Massachusetts - Amherst MFA for Poets & Writers. She is a 2018 VONA/Voices fellow and has work appearing in New England Review, Epiphany, and PANK.  She is working on a collection of short stories and a novel.

Judge's Note: What I admired most about the story was its attention to lived detail. It reminded me that the real reason for such close attention to human behavior and to the rhythms of all cultures—workplace, family, identity—is not to convince us of the truth of the world but to test, and force us to dispose of, our assumptions. A beautifully crafted and realized story.

Honorable Mention: Alexandra Manglis, "We Might Be Gods"
Judge's Note: I greatly enjoyed “We Might Be Gods” for its inventiveness and its daring, both in conception and on the level of line. Its fabulist premise plumbs the central mystery of love and attraction while always maintaining a convincing attention to world-building. Like so many great stories “We Might Be God” echoes the familiar while also somehow managing to feel wholly new, to be forming itself sui generis. 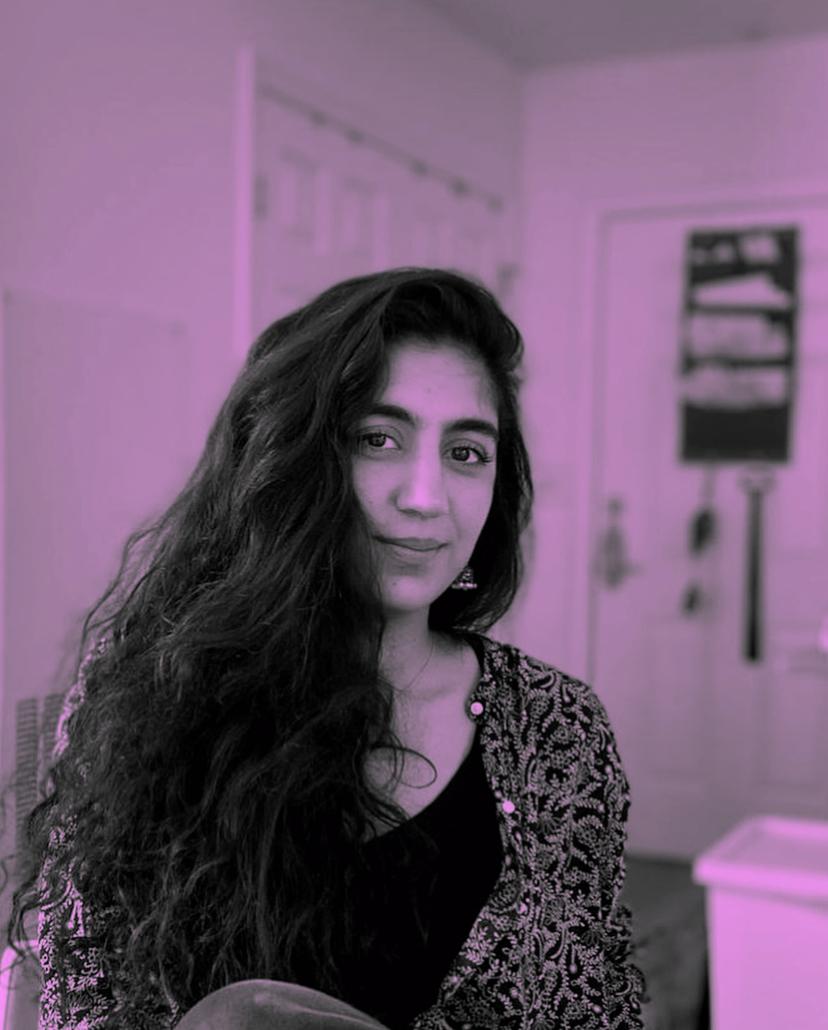 Rabia Saeed is from Kohat, Pakistan. She was a finalist for the Editor’s Prize in Prose for Meridian, and awarded the Harvey Swados Fiction Prize 2020. She teaches Creative Writing at University of Massachusetts, Amherst.

Judge's Note: I was so impressed by how "Fragments," though written in short somewhat disconnected sections, felt so held-together. I loved the opening section, the narrator landing at JFK and wanting to remember that always. The voice, the writing itself, and the narrator's sensibility are so engaging throughout.

Honorable Mention: Chris Salveson, "89 Iroc"
Judge's Note: With "89 Iroc," I read straight through worried about the narrator, Christian. I love when his grandma picks him up in her car, close to the end of the story, after a very tense scene with the police, and asks calmly "What do you feel like listening to?" The final scene of the story is really moving and gives us such an interesting window into the narrator's personality, and the way he thinks about himself.