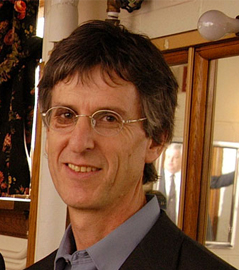 Stephen Clingman is Distinguished Professor of English and former Director of the Interdisciplinary Studies Institute. He received his BA Hons. from the University of the Witwatersrand (South Africa), and his D. Phil. from the University of Oxford. He has taught at the University of Massachusetts since 1989, and was Chair of the English Department from 1994-2000. His research and teaching fields include South African literature and politics, postcolonial fiction, transnational fiction, and twentieth-century and contemporary British fiction. Besides his literary critical work, he has also published a biography and memoir, and has written reviews for the New York Times and Boston Globe.

Spring 2022: M/W 1-2 pm, and by appointment. On Zoom until further notice; please email to set up an appointment.