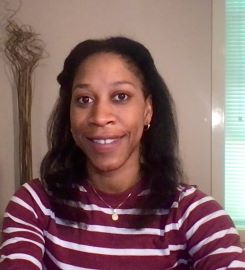 Professor Sarah Lynn Patterson's research specialties include African American literature and culture, social movements, American periodical culture, statistical literature, and digital studies. Her current book manuscript captures a 19th-century literary history of the educational and moral philosophies that undergirded Black author-activists' racial uplift initiatives and notions about women's leadership. Her scholarly articles appear in several scholarly publications and her curatorial and editorial work appear in several scholarly, digital spaces. She is an editor of and contributor to The Colored Conventions Movement: Black Organizing in the Nineteenth Century (UNC Press 2021). This book recovers a social history of US-based, African American political work during the eras of American slavery and Reconstruction. Part of the English department's specialized, academic offerings, she serves as a Director for the specialization, Social Justice: Race, Class, Gender, Ability.

Sarah Patterson is actively involved in scholarly and community-oriented pursuits. In 2022, she became the founding director of The Social Movement Tracker (SocialMovementTracker.org), an emerging, public humanities resource center that seeks to provide scholarly records and essays about social action oriented towards the public good with a current focus on western Massachusetts and surrounding areas. She is also a co-founder and former coordinator of the award-winning ColoredConventions.org (Colored Conventions Project), a digital archive and hub for exhibits and pedagogical materials. She has taught multiple summer classes for the prestigious Humanities Intensive Learning and Teaching (HILT), which provides international scholars with training in the digital humanities.

She is a member of the W. E. B. Du Bois Library Research Council at UMass. In 2022, Sarah became an inaugural fellow of the Public Interest Technology Initiative (PIT @ UMass). At the national level, she is a long-standing member of the Advisory Board for the Council of Library and Information Resources' (CLIR) Post-Doctoral Fellowship Program, among others. She regularly attends conferences and performs volunteer work for charitable initiatives.

She teaches a range of undergraduate and graduate courses. Course topics include African American and American literature, American women writers, social justice movements, gender and ability studies, popular/entertainment cultures, and data/media studies. She advocates for interdisciplinary approaches to literary analysis and experimentation with digital tools that advance data literacy for traditional and creative textual pursuits. She has overseen Honors College student research projects and is an advisor for a student organization.

Curator, "Prosperity and Politics: Taking Stock of Black Wealth and the 1843 Convention." ColoredConventions.org/exhibits.

Editor, "The Meeting that Launched a Movement: The First National Convention." ColoredConventions.org/exhibits.

Editor, "What Did They Eat? Where Did They Stay?: Black Boardinghouses and the Colored Conventions Movement." ColoredConventions.org/exhibits.

Editor, "To Stay or To Go?: The 1854 National Emigration Convention." ColoredConventions.org/exhibits.

Editor, "The 'Conventions' of the Conventions: The Practices of Black Political Citizenship." ColoredConventions.org/exhibits.