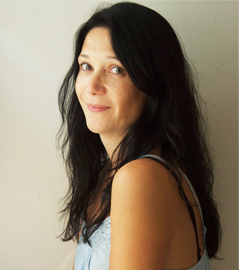 Sabina Murray is the author of five novels and two story collections, including The Caprices, which won the 2002 PEN/Faulkner Award. She has been awarded fellowships from the National Endowment for the Arts, the Guggenheim Foundation, and the Radcliffe Institute. She teaches in the MFA Program at the University of Massachusetts at Amherst. Her stories are anthologized in The Norton Anthology of Short Fiction and Charlie Chan is Dead II. She has held fellowships from the National Endowment for the Arts, Guggenheim Foundation, Radcliffe Institute, and Massachusetts Cultural Council. She has written on Sebald for the Writers Chronicle, Wordsworth for the Paris Review blog, time theory and historical fiction for LitHub, Duterte and the Philippines for VICE, Spam (the meat) for The New York Times, and published gothic fiction in Medium.  Her most recent book, Valiant Gentlemen, was included in the New York Times 100 Notable Books of 2016. Two books are forthcoming: The Human Zoo, set in Duterte’s Philippines (Aug 2021) and Vanishing Point, a collection of literary horror fiction (TBD).

Wednesday 1–3pm and by appointment