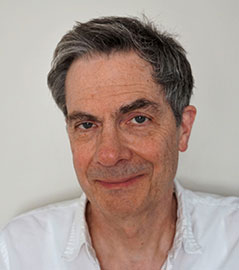 Randall Knoper has a BA from the University of Iowa and MA and PhD degrees in English and American Studies from Indiana University. His interests include American Studies and interdisciplinarity, 19th- and early 20th-century American literature and culture, and the humanities and the sciences.  The author of Acting Naturally: Mark Twain in the Culture of Performance—a book about Twain, popular theater, and ideas of theatricality and performance—his writing has focused on relations among literature, culture, and society. These interests continue in his current book project on American literature and  science of the brain and nervous system.  A selection of his writings is available at UMass Scholarworks.  He has served as director of American Studies, director of undergraduate studies in English, and associate chair of the English Department. He is now the Chair of the English Department. He is the recipient of the university's Outstanding Academic Adviser Award and, from the College of Humanities and Fine Arts, the Outstanding Teacher Award and the Distinguished Faculty Service Award.