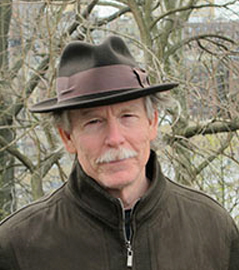 Nick Bromell has a longstanding interest in showing how literature and popular culture (even rock and roll) can be expressions of philosophy and political theory. Recently, he has explored the ways works of literature, especially African American literature, address deeply rooted problems of U.S. democracy and democratic citizenship. His publications also reflect his interest in bridging the gap between academic discourse and public debate. His teaching is shaped by his commitment to contemplative pedagogies, and he incorporates meditation and other forms of awareness practice in all his classes.

Bromell received a BA in Classics and Philosophy from Amherst College and a PhD in English and American Literature from Stanford University. He was the founding editor of The Boston Review, and he serves as an advisory editor to the Class: Culture series published by the University of Michigan Press. He served a term as President of the New England American Studies Association, and he was a founder of Democratic Vistas: An Interdisciplinary Seminar in Political Theory and Cultural Studies. He has received fellowships from the Charlotte W. Newcombe Foundation, the Massachusetts Artists Foundation, the Fulbright Foundation, the Guggenheim Foundation, and the Charles Warren Center at Harvard University. In 2016 he received the University’s Award for Outstanding Accomplishments in Research and Creativity.