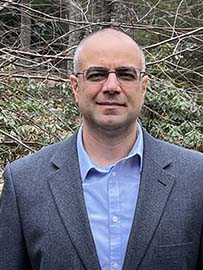 He is currently writing a book provisionally titled The Musiqa of Arab American Fiction. Naous is the translator of Memoirs of Juliette Elmir Sa’adeh: Syrian Social Nationalist, Reformer, Political Prisoner (2022), the author of a monograph titled Poetics of Visibility in the Contemporary Arab American Novel (2020) and editor of an interdisciplinary collection of essays titled Identity and Conflict in the Middle East and its Diasporic Cultures (2016).