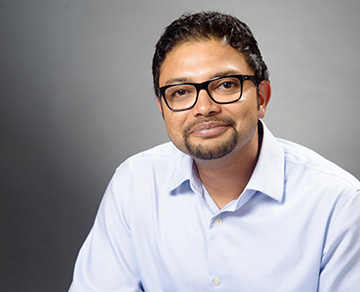 Malcolm Sen is an Assistant Professor in the Department of English at the University of Massachusetts Amherst. His research interests focus on questions of justice, statecraft, and postcolonial politics as they emerge in this contemporary moment of climate crisis. At UMass Amherst he teaches courses on environmental humanities and postcolonial studies at the graduate level, and Irish literature, global Anglophone literature, and climate fiction at the undergraduate level. Before joining UMass, Malcolm was an “Irish Research Council Elevate Fellow” at Harvard University’s Center for the Environment. He was also awarded a National Endowment for the Humanities Fellowship, University of Notre Dame.

See a list of some his publications below. Malcolm has also written for The Irish Times, The Chicago Review of Books, and History Ireland. He has been a commentator and radio-essayist on Irish radio, has worked as a researcher for a PBS documentary series, and as a researcher for Fairtrade Ireland. His podcast series on Irish literature and the Environmental Humanities is found here.  You can follow him on Twitter: @malcolmsen

The Cambridge History of Irish Literature and the Environment

Race in Irish Literature and Culture

Postcolonial Studies and the Challenges of the New Millennium

Forthcoming 2021. “Sovereignty at the Margins: The Oceanic Future of the Subaltern,” in Barbara Haberkamp-Schmidt, Ed., Representing Poverty and Precarity in a Postcolonial World (Amsterdam: Brill).

2010. “Mythologizing a Mystic: W B Yeats on the Poetry of Rabindranath Tagore”, History Ireland (July Issue).

2018. “What Zombies Can Teach Us About Climate Change”, The Chicago Review of Books.

2017. “Why Climate Fiction Matters”, The Chicago Review of Books.

2020. Invited Lecture. “Sovereignty at the Margins: Precarious Lives in the Bengal Delta”

“Atlantic Disruptions: Ireland and the US Beyond Brexit,” organized by the Clinton Institute for American Studies (University College Dublin), Dartmouth College, NH.

2019. Invited Lecture. “Liquid State: Oil, Water and the Assemblage of the Anthropocene”

2018. Invited Lecture.“Irish Studies at the End of the World: Literature and Climate Change”

2018. Roundtable Participant in the following panels:

2017. “Trespass: Sovereignty and the Subaltern in the Bay of the Bengal”

2016. “Exile in the Anthropocene: Reading Joyce in the 21st Century”, American Conference for Irish Studies Annual Conference, University of Notre Dame, IN.