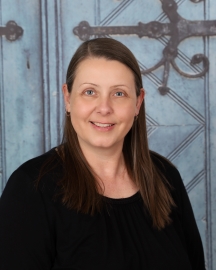 Professor Furlan holds a B.A. in American Studies from the University of Iowa, an M.A. in English from San Diego State University, and a Ph.D. in English from the University of California, Santa Barbara. Her teaching and research interests include Native American literary and cultural studies, American Studies, autobiography, and creative nonfiction. Her work has been published in Crossing Lines: Race and Mixed Race across the Geohistorical Divide (AltaMira, 2005), Studies in American Indian Literatures, Intertexts, Yellow Medicine Review, Sentence, and Sovereign Erotics (Arizona, 2011), and she co-edited a Special Forum for the Journal of Transnational American Studies (2012) on transnational Native American Studies. Her book, Indigenous Cities: Urban Indian Fiction and the Histories of Relocation, was published by the University of Nebraska Press in fall 2017. She recently co-edited a special issue of Massachusetts Review on new Native writing and a special issue of Studies in American Indian Literatures that focused on Deborah Miranda’s memoir Bad Indians. Her current book project thinks about the role of archives in contemporary Native writing.