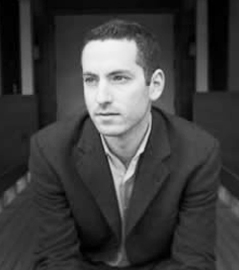 Josh Lambert is the Academic Director of the Yiddish Book Center and Visiting Assistant Professor of English at the University of Massachusetts, Amherst. He received his AB and PhD in English literature from Harvard and the University of Michigan, respectively, and from 2009 to 2011 he taught as a Dorot Assistant Professor/Faculty Fellow in the Skirball Department of Hebrew and Judaic Studies at New York University. He is the author of Unclean Lips: Obscenity, Jews, and American Culture (NYU Press, 2013) and American Jewish Fiction (Jewish Publication Society, 2009). His peer-reviewed articles have appeared or are forthcoming in Cinema Journal, modernism/modernity, Contemporary Literature, The Jewish Graphic Novel, Choosing Yiddish, and the Cambridge History of Jewish American Literature, and he co-edited a special issue of MELUS on “The Future of American Jewish Literary Scholarship” in 2012. He is a contributing editor of Tablet magazine, and his book reviews have appeared in the Los Angeles Times, the San Francisco Chronicle, the Globe & Mail, and the Forward.