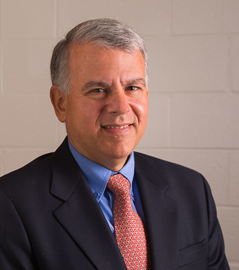 After earning his BA from Georgetown University and his MA and PhD from Harvard University, Joseph Bartolomeo joined the UMass Amherst Department of English in 1986. From 2007 to 2013, he served as chair of the department, and from 2013 to 2020, as Associate Dean for Operations and Planning in the College of Humanities and Fine Arts.

In his current post, Professor Bartolomeo is responsible for overseeing academic programs that are not located in a single college. These include the University Without Walls degree completion program in Interdisciplinary Studies, the Bachelor’s Degree with Individual Concentration, and the Exploratory Pathways Program.

His principal research interest is eighteenth-century British literature, with particular focus on the novel, gender, and transatlanticism.  He has served as president of the Northeast American Society for Eighteenth-Century Studies and as eighteenth-century field editor for the Twayne English Authors Series, and is currently treasurer of the American Society for Eighteenth-Century Studies.