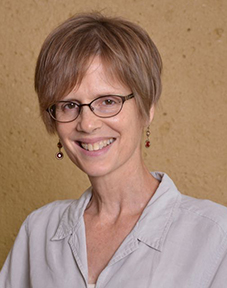 Janis Greve is the Chief Undergraduate Advisor and Honors Program Director.   She received her B.A. from SUNY Buffalo and her Ph.D. in English from UMass Amherst.

She is the author of "Orphanhood and "Photo"-portraiture in Mary McCarthy's Memories of a Catholic Girlhood" (in American Women's Autobiography: Fea(s)ts of Memory) and "Legal Bodies, Racial Bodies: Autobiography and Autonomy in Patricia Williams' The Alchemy of Race and Rights " (in Bodies of Resistance: New Phenomenologies of Politics, Agency, and Culture).  She has also published poems in a number of journals, including The Florida Review, The New Delta Review, and The North American Review.