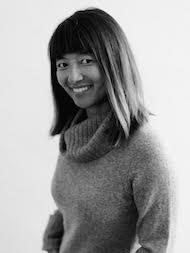 Jane Hwang Degenhardt’s work focuses on early modern drama, with particular interests in the effects of globalizing processes, the history of race and constructions of the “human,” the history of religion, and social justice and human rights. Her most recent book, Globalizing Fortune on the Early Modern Stage (forthcoming from Oxford University Press) explores new understandings of “fortune” that developed in relation to early modern English global expansion. Globalizing Fortune shows how overseas trade, colonialism, and proto-capitalist developments engendered new understandings of how luck and chance operated in the world as products of both human enterprise and divine favor. In turn, early modern philosophies of fortune led to economic exploitation and racialized exclusions in their attempts to establish an ethical means to opportunism.

Professor Degenhardt’s first book, Islamic Conversion and Christian Resistance on the Early Modern Stage (2010), explored intersections between the history of the Reformation, early globalization, and the emergence of racial categories in the early modern period, with a particular focus on the Mediterranean region. Examining Christian-Muslim encounters in twelve plays written by Shakespeare and his contemporaries, the book demonstrates how the embodied threats associated with conversion to Islam were imagined to have spiritual, physical, and reproductive consequences, ultimately revealing connections between the stage’s engagement of Reformation controversies about the nature of faith and its construction of Islam as a proto-racial category. Professor Degenhardt’s explorations of the relationship between popular drama and religious culture have also led to a collection of essays, coedited with Elizabeth Williamson, titled Religion and Drama in Early Modern England: The Performance of Religion on the Renaissance Stage (2011). Her articles and essays have appeared in such journals as Renaissance Drama, PMLA, ELH, and the Journal for Early Modern Cultural Studies, as well as in the Arden Research Handbook to Shakespeare and his Contemporaries and The Oxford Handbook of Shakespeare; her article on the early modern chinaware trade in Studies in Philology received the Louis Round Wilson Prize.

Professor Degenhardt is currently working on a collaborative book with Henry S. Turner (Rutgers University), tentatively titled The Shakespearean Horizon: Worlds Upon Worlds in the Renaissance and Today which aims to uncover pluralistic understandings of the concept of “world” in Shakespeare’s plays as a means to imagining alternatives to globalization and an anthropocentric future. A co-written essay on how concepts of experience, race, and region inform Shakespeare's response to early globalization in The Comedy of Errors has recently appeared in the journal Exemplaria; an essay on worldly time scales, horizons, and counterfactual history in Antony and Cleopatra is forthcoming in a special issue of SEL: Studies in English Literature devoted to “World, Globe, and Planet.”

At the University of Massachusetts, Amherst, Professor Degenhardt’s recent graduate teaching considers emerging templates for the post-human in relation to the history of race and current scholarship in ecocriticism, animal studies, trauma theory, and creative criticism. In her undergraduate courses, she often places works by Shakespeare and his contemporaries in conversation with writers of color and takes a trans-historical approach to race, inter-generational trauma, and social justice. She currently serves as the Graduate Program Director and having served as the Director of Job Placement for give years, she is strong committed to graduate advising. In 2020 she became co-editor of English Literary Renaissance, a leading journal in the field for new research in Tudor and Stuart literature. She has served on the Nominating and Prize Committees of the Shakespeare Association of America, the Elections and Seventeenth-Century Executive Committees of the Modern Language Association, and the Fellowship Selection Committee for the Folger Shakespeare Institute. She received her BA in English and Philosophy from Hamilton College and her PhD in English from the University of Pennsylvania.

You can read more about Professor Degenhardt’s work at her personal website: https://www.janedegenhardt.net/.