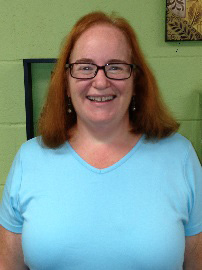 She specializes in critical and cultural approaches to rhetoric and composition, including critical pedagogy, feminism, and working-class studies.  Her research focuses on academic writing and public discourse.  Her current research focuses on the possibilities for digital public spheres in an age of infocapital.

She has published essays in College English, Pedagogy, JAC, Computers and Composition, Language and Learning in the Disciplines as well as chapters in several edited collections.  Her book, Identity Matters: Schooling the Student Body in Academic Discourse was published by SUNY Press in 2004 and her co-edited collection, Rewriting Success in Rhetoric and Composition was published by Parlor Press in 2012.  Her essay, "Critical Pedagogy in the Computer Classroom: Politicizing the Writing Space" (1998) was runner-up for the Ellen Nold Award for the best article on computers and composition in 1999.

Professor LeCourt teaches undergraduate writing courses, from first-year writing to junior-level topics courses such as Gender and Writing and Writing for Digital Publics. Past graduate courses include Writing and Difference, Gender and Writing, Composition Theory, Writing and Emerging Technologies, and Critical/Cultural Composition Pedagogies. She served as Writing Program Director from 2003-2007, Writing Center Director from 2010-2012, and co-director of the Digital Humanities from 2009-2014.