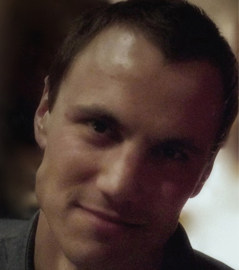 Daniel Sack holds a joint appointment in the Commonwealth Honors College and the English Department, where he serves as the Graduate Program Director. He received his B.A. in English with a concentration in Creative Writing (Poetry) from Brandeis University and M.A./Ph.D. from Stanford University’s Drama Department. Prior to his appointment at UMass, he was Assistant Professor of Theatre Studies at Florida State University and a Five College Mellon Postdoctoral Fellow. Professor Sack's research traverses modern/contemporary theatre and interdisciplinary performance more broadly conceived (dance, performance art, and the visual arts), performance theory and dramatic theory, and critical writing as a creative practice.

His first book, After Live: Possibility, Potentiality, and the Future of Performance (University of Michigan Press 2015), explores how live performance stages different structures for representing the future's many divergent courses. A second short book, Samuel Beckett's Krapp's Last Tape, was published by Routledge in 2016. He is the editor of Imagined Theatres: Writing for a Theoretical Stage (Routledge 2017), which gathers together a host of conceptual performances, fantastical plays, and theoretical closet dramas written by close to 100 scholars and artists of the contemporary stage. The book received the 2018 Excellence in Editing Award from the Association for Theatre in Higher Education.

He is founding editor for the online open-access journal (www.imaginedtheatres.com).