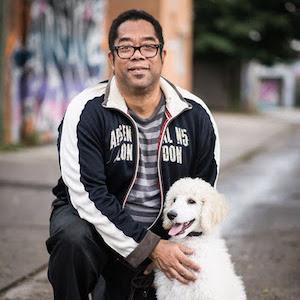 Please join the MFA Visiting Writers Series in hosting André Alexis and Mona Awad for a reading and book signing. 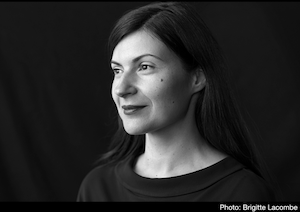 Mona Awad's debut novel, 13 Ways of Looking at a Fat Girl (Penguin), won the Amazon Best First Novel Award, the Colorado Book Award and was shortlisted for the Giller Prize and the Arab American Book Award. It was also long-listed for the Stephen Leacock Award for Humour and the International Dublin Award. Her new novel, Bunny, was released June 11, 2019 with Viking Press, Penguin Canada, and Head of Zeus in the UK. Her writing has appeared in McSweeney’s, TIME magazine, Electric Literature, VICE, The Walrus, LARB and elsewhere. She was an instructor in the Literary Arts department at Brown University and in the English Department at the University of Denver. She has also worked as a freelance journalist and a food columnist for the Montreal-based magazine, Maisonneuve. She earned an MFA in fiction from Brown University and an MScR in English from the University of Edinburgh where her dissertation was on fear in the fairy tale. She recently completed a Ph.D. in Creative Writing and English literature at the University of Denver.

Celebrating its fifty-sixth year, the nationally renowned Visiting Writers Series at UMass Amherst presents emerging and established writers of poetry, fiction and non-fiction. The Series is sponsored by the MFA for Poets and Writers and the Juniper Initiative, and made possible by support from the Massachusetts Cultural Council, the University of Massachusetts Arts Council, and the English Department. Events are at 8 pm. Readings are wheel-chair accessible, free, and open to the public.