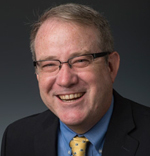 Sean Moore received his B.A. with a double major in English and History in 1991. He received his Ph.D. from Duke University in in 2003 and accepted a tenure-track job as an Assistant Professor of English at the University of New Hampshire (UNH) that same year. In 2010, Moore published his first book, Swift, the Book, and the Irish Financial Revolution: Satire and Sovereignty in Colonial Ireland, with Johns Hopkins University Press, and received tenure and promotion to Associate Professor. More recently, Dr. Moore has served as the Director of the UNH Honors Program and has received research fellowships from the National Endowment for the Humanities and Newport Mansions.  His most recent book, Slavery and the Making of Early American Libraries: British Literature, Political Thought, and the Transatlantic Book Trade, 1731-1814, was published by Oxford University Press in 2019.  Moore was promoted to Full Professor in 2020. 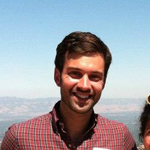 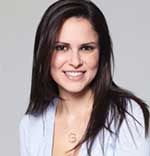 Eden Univer graduated from the University in 2010 and began a position at ELLE, working on their website. Since then, she has worked at HollywoodLife.com, Teen Vogue, and DuJour magazine. She is currently the beauty editor at the Hearst Content studio, creating stories for the websites of ELLE, Harper's Bazaar, Marie Claire, Cosmopolitan, and Seventeen.

Zachary Bloom graduated in 2011 with an English major, a letter of specialization in creative writing, a Spanish minor, and a senior thesis on Paradise Lost that he still occasionally brings up at cocktail parties. After college, he worked as a research assistant and paralegal in Boston until 2014, when he moved to New York to pursue a Master of Urban Planning degree at Hunter College. He currently works as a project manager at the Port Authority of NY & NJ, a bistate agency that operates much of the critical transportation infrastructure within the New York metro area." 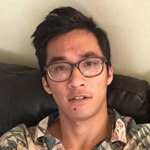 Vinh, a recent grad, was a double major in English and Math. He works currently as a statistical programmer and researcher at MDRC, a social policy research organization, evaluating programs aimed at helping low-income families and children. As an undergraduate, he served as a member of the Student Advisory Board for the English department and worked as a peer tutor at the Writing Center. He has also done community outreach and was involved in various student organizations on campus while at UMass. 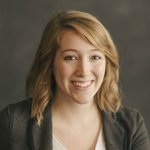 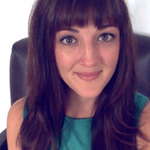 Jessica Ouellette (Ph.D. 2016), Assistant Professor of English, a member of the Women and Gender Studies Council, and the Director of Writing Programs at the University of Southern Maine, Portland ME