Report: Race, States, and the Mixed Fate of White Men

A great deal of media attention has been placed on the perceived threat to White male employment. Has the entrance of more women and minority men into the labor market made it harder for White men to secure jobs, or has this competition helped push White men into more desirable jobs? Using data collected by the U.S. Equal Employment Opportunity Commission (EEOC) from private sector firms with more than 100 employees (50 if federal contractors), our analysis explores employment diversity in these workplaces to better understand for where competition is greatest. The general pattern shows that educated White men are strongly advantaged in their access to upper class jobs in states with large minority populations, while those with less education face increased labor market competition for working class positions.

Report: Who’s Getting the Skilled Blue Collar Jobs? A Look into the Top and Bottom 5 States

Surveying press coverage around blue collar employment over the past several years, it’s often been the case that “blue collar” has in fact acted shorthand for  white working class men. Our focus in this report is to expand the conversation by examining the racial employment diversity among skilled craft and trade workers, a slice of the blue collar labor market including carpenters, mechanics, plumbers, and more. So who actually is getting these high-paying blue-collar jobs, and to what degree does the press narrative around blue collar employment hold up? Our analysis reveals that the craft workforce is racially diverse and geographically varied, but overwhelmingly male-dominated. 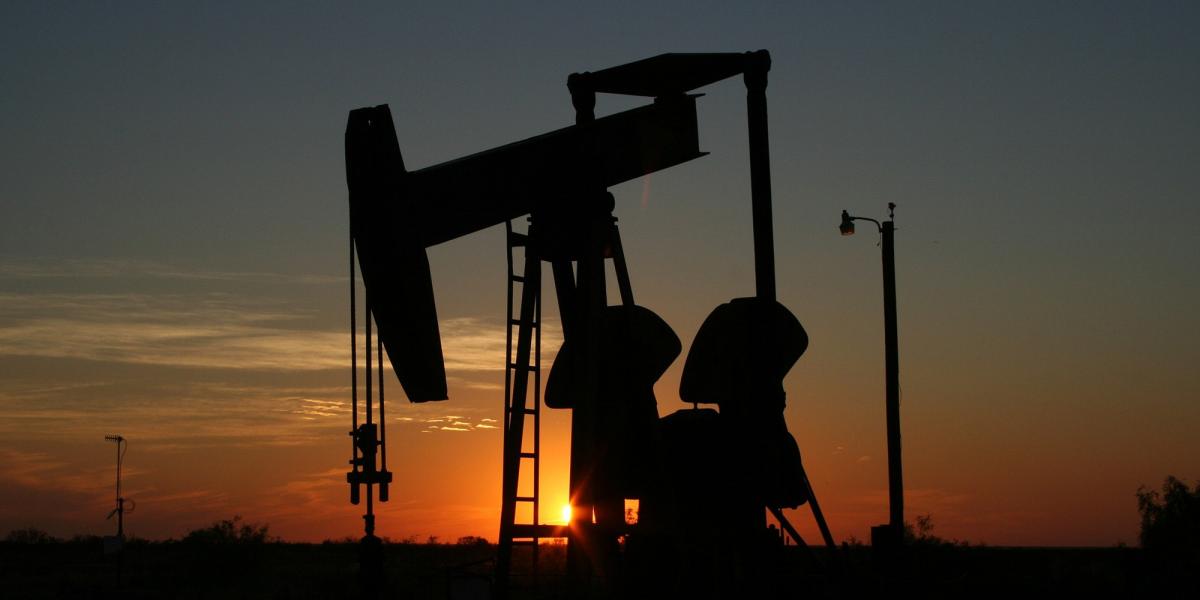 There are three industries central to the production and distribution of oil and gas in the United States. Oil and Gas Extraction is a mining industry. Petroleum and Coal Manufacturers convert both energy sources to usable fuels. Gas pipelines is a transportation industry delivering oil and natural gas from production sites to consumption. The latter is not exhaustive as some transportation is also done by rail and truck, although these cannot be identified separately.

In this report we use information from EEO-1 reports and from the American Community Survey to assess the degree of employment equity in these three oil and gas related industries. The EEO- 1 reports describe workplace level employment composition and are submitted to the U.S. Equal Employment Opportunity Commission by private sector employers with 100 or more employees, 50 or more if government contractors. The American Community Survey is collected by the U.S. Bureau of the Census and is used to describe the U.S. population.

Please select the topic you are interested in learning more about and you will be taken to another page to explore the interactive data visualization. 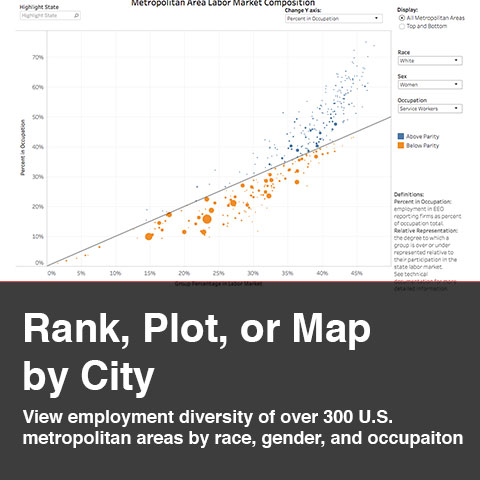 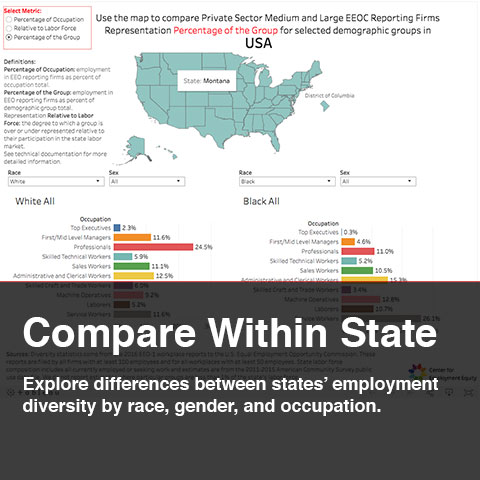 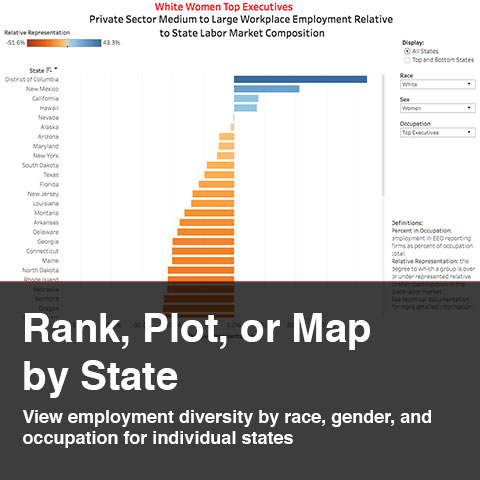